Novelist, screen writer, director  Michael Crichton brings the iconic Westworld to cinema screens in 1973 set in an Disneyland-inspired amusement park where robots interact with guests enabling them to live out fantasies in environments long gone, Medieval World, Roman World and West World. A computer virus sends the robots on an uncontrolled path of death, destruction and mayhem. The Black Saint and Doc Rotten tackle another groovy horror film from the 1970s.

For Westworld, and in preparation for the forthcoming HBO series coming spring/summer 2015, The Black Saint and Doc Rotten revisit the classic science goes wrong cautionary tale that has since inspired Halloween, Terminator and Crichton’s own Jurassic Park. While Richard Benjamin and James Brolin are the leads in the film, Yul Brynner steals the entire film as the rogue robot “The Gunslinger” – which is a homage to his classic “Chris” character in The Magnificent Seven. 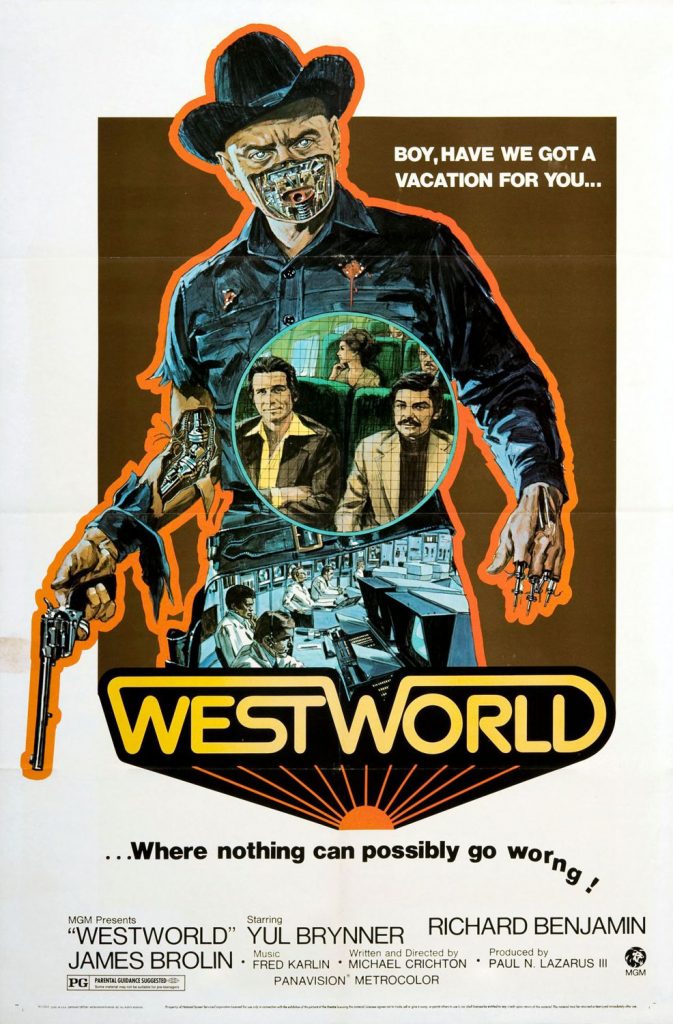