“And now with the fights, the Fuzz, the chicks and the choppers…Man, they’re really in deeeeep trouble!” – the poster for  THE THING WITH TWO HEADS  (1972) embellishes its plot with Seventies florish. The second of two films featuring creatures with two heads, this Lee Frost / AIP cult classic features Ray Milland and Rosie Grier as the two-headed monster.  The Black Saint and Doc Rotten tackle another groovy horror film from the 1970s.

The Thing with Two Heads  begins by featuring marvelous gorilla costume (yes, with two heads) created by and worn by a young Rick Baker. Great stuff. The film gets increasingly nutty as Ray Milland’s characters nears death forcing his assistant Roger Perry to graft his head onto the body of Rosie Grier. Rosie plays a convict on death row who wants the 30 more days afforded him by offering his body to science to prove his innocence. This leads to an elaborate and long car chase throughout the second act as the escaped Rosie with Ray’s head evades police capture. Hilarious. A film from the Seventies well deserving its status as a cult classic. 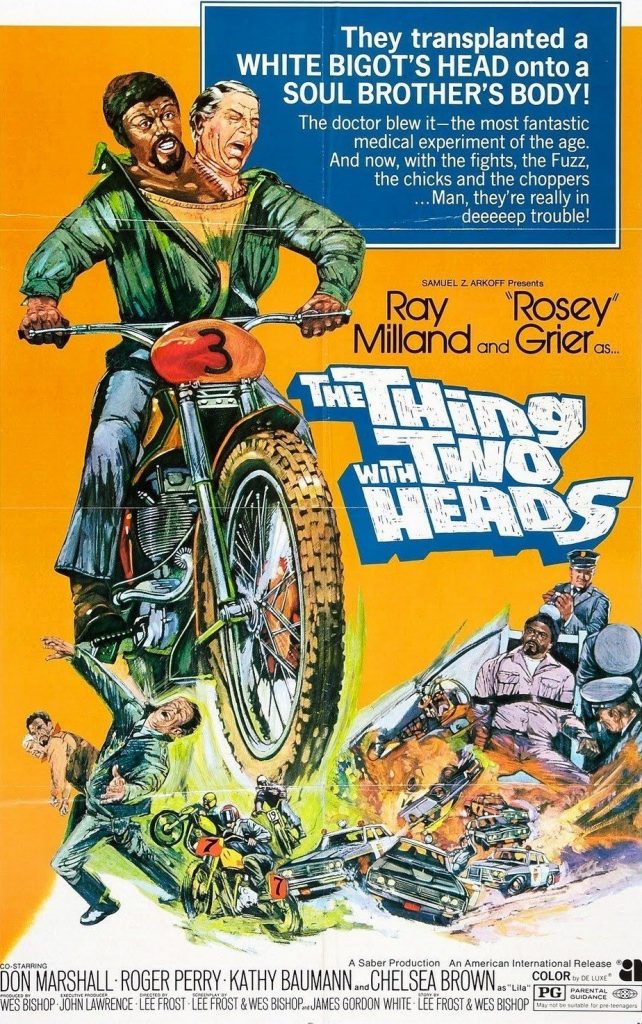 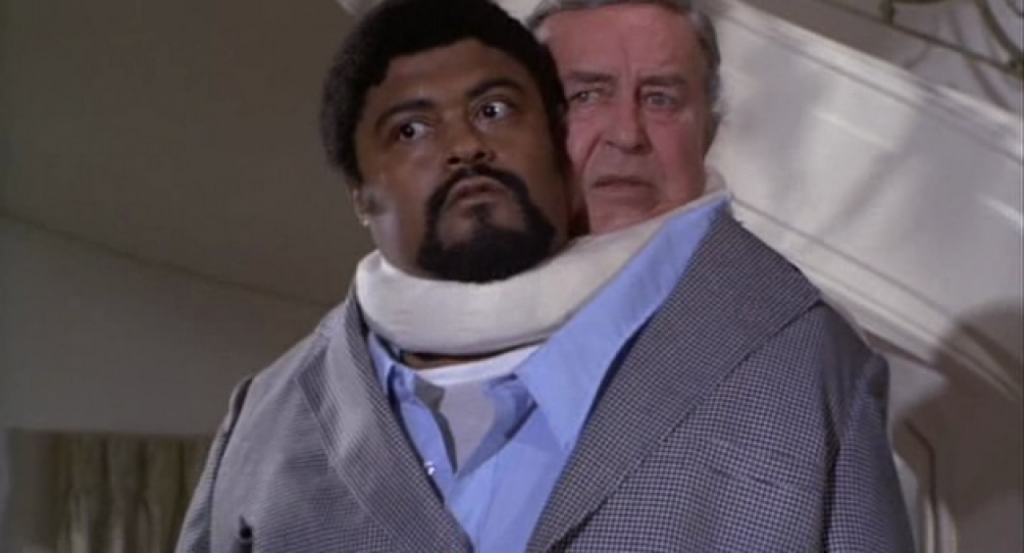