The Sacrament  (2013) has its roots firming grounding in the true story surrounding the Jonestown tragedy from 1978. The similarities have many of the HNR grue-crew scratching their heads wondering what the film’s director Ti West is really up to. The discussion gets heated beginning with an explanation of what happened to covering The Guest.

Doc  shares  the horror news of the week  with news of  The Walking Dead  companion series,  American Horror Story Freak Show  and  Five Nights at Freddy’s. Doc and Santos  discuss  Mutantis. Just what the hell is Mutantis?

Co-hosts  Doc Rotten,  Santos (The Black Saint) Ellin Jr.,  Dave Dreher,  Thomas Mariani and Vixen, the voice of reason, are back again this week to give you the best in horror as they recap, review and obliterate all that is horror this week!  This week we announce that it is  time to announce another contest to win a fantastic Halloween mask from Ghoulish Productions and we have the winner of  Lionsgate Home  Entertainment’s  Hannibal Season 2 DVD  giveaway prize pack.

The Sacrament  (2013)
Ti West is a controversial film maker around the HNR offices. His entries in the anthology films  The ABC’s of Death  and  VHS  are responsible for some of the rockiest reviews on the show. While his past films get some love,  House of the Devil  and  The Innkeepers,  The Sacrament  does not earn many accolades. Even Vixen is hardened by the blatant similarities to Jonestown and the films based on that real life tragedy. Even though  Gene Jones does a great job as The Father, the leader of the cult, the story itself never brings anything original to the film. Bah, humbug.

What Have You Been  Watching:  Mutantis
Doc Rotten and The Black Saint are here to share an experience that defies explanation, the film called  Mutantis  from Dire Wit Films. Low budget effects, sophomoric humor and a keen sense of self awareness, Mutantis is unlike any film you have ever seen.

Horror News of the Week for 09/29/2014
Doc steps in with  the Horror News of the Week with news of  The Walking Dead Companion Series  with the reveal of the main character descriptions impressing no one. D’oh! Horror TV continues with information about NBC hiring James Wan to direct the show  Maidenhead. Keeping the TV theme, Ryan Murphy releases the  American Horror Story: Freak Show  trailer for the first episode finally providing clues to the story, the tone and characters. The movie news this week is all about why the release of  Amityville: The Awakening  was postponed. Thomas and The Black Saint step in to talk about the PC game  Five Nights at Freddy’s. 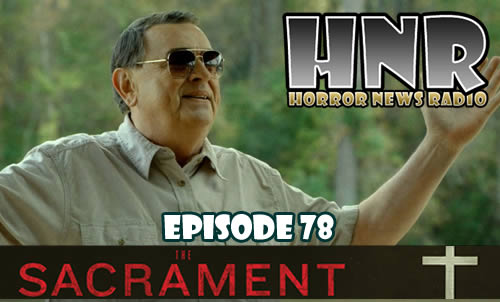 Sin City: A Dame To Kill For  (2014) is Robert Rodriguez and Frank Miller’s return to Marv, Dwight and Nancy. It is all style over substance in glorious black and […]