With the beginning of a new year, the cold weather, icy roads and crappy theatrical offerings signal the annual ritual of examining what is coming in the next 12 months for the horror movie fan. That’s right:  The Most Anticipated Horror Movies of 2105. Unlike 2014, the sheer variety and breadth of offerings promise an eventful and, dare we say it, promising year in terror films. The Grue-Crew start it off with 10 films to look out for.

Dave  shares  the horror news of the week with news about  X-Files,  Hannibal  and  Scream Queens.  Doc Rotten and The Black Saint take a look at an early 2015 winner,  The Atticus Institute.

Co-hosts  Doc Rotten,  Santos (The Black Saint) Ellin Jr.,  Dave Dreher,  Thomas Mariani  and  Vixen, the voice of reason, are back again this week to give you the best in horror as they recap, review and obliterate all that is horror this week!  This week HNR reveal  the winner of the vinyl bank giveaway from  Diamond Select Toys  and announce a new contest featuring the Blu-Ray of  Zombie Killers: Elephant’s Graveyard.

The Most Anticipated Horror Films of 2015

The Grue-Crew have sifted through dozens of announced horror films for 2015, deciding on these 10 terror  films as the most anticipated horror films of 2015. But that was not enough. No, it was not. Each host is also bringing to the podcast, one spotlight feature that deserves consideration. It is going to be a fantastic year! 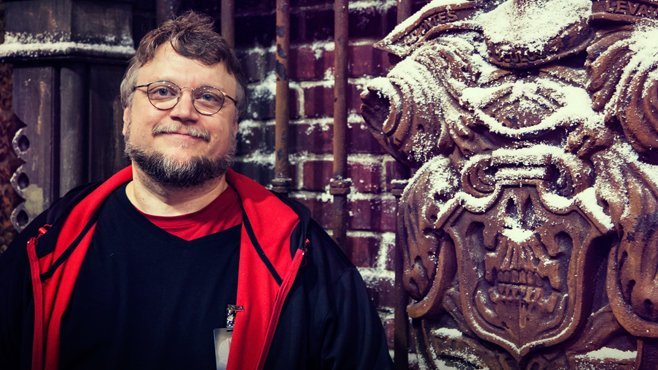 What Have You Been Watching: The Atticus Institute (2015)

Seemingly out of nowhere comes a small, independent found footage possession thriller called  The Atticus Institute. The film is far better than most of the wretched garbage that gets dumped into the theaters in January and yet it is relegated to VOD and DVD. This film is a rare treat, a movie that treats its subject matter with imagination and respect creating a thrilling and engaging horror tale. The Black Saint and Doc Rotten both join in to champion this early 2015 favorite.

Horror News Radio is celebrating the new year 2015 with a kick ass giveaway from  Diamond Select Toys. The winner will get to choose one prize from a trio of sensational licensed horror-themes vinyl banks: Michonne from  The Walking Dead; the Metaluna Mutant from  Universal Monsters; or, the Xenomorph Egg from  Alien. The winner has been selected. Congratulations to Dirk Rogers from Hollywood, California who has chosen the Alien Egg as his very own vinyl bank. You rock! 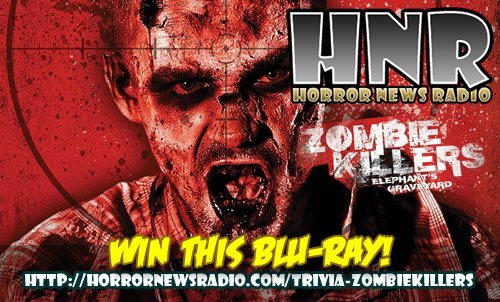 Horror News Radio is once again teaming up with Anchor Bay Entertainment to hand out two Blu-Ray copies of Zombie Killers: Elephant’s Graveyard. The film from director B. Harrision Smith and stars Billy Zane, Dee Wallace and Mischa Barton. Entries will be accepted until Midnight (Eastern Standard Time),  February 1, 2015. All you need to do is complete the The Black Saint’s HNR Horror Trivia Question at  this link. The Anchor Bay Entertainment Zombie Killers: Elephant’s Graveyard Blu-Ray  giveaway is open to US addresses only.

Doc steps in  to bring you  the Horror News of the Week with news of  X-Files  making a return to Fox.  Hannibal  is pushed back to Summer but adds kick-ass cast members.  Scream Queens  also adds a few new names to its cast, a little less kick-ass. A teacher in Ohio is convicted of a felony for showing  ABCs of Death  to her students. The makers of  World War Z II  promise a completely different tale.

Thanks to  Mick St. John  for sending in his  HNR feedback. You rock! And great appreciation to William McHugh and Jeff Hernandez  for their  wonderful contributions to  HNR Patreon.

Godzilla  (2014) is the hottest monster film of the summer of 2014 with an epic battle between the King of the Monsters and a pair of kaiju creatures called M.U.T.O.  SFX Artist Vincent Guastini (Monsters TV, Dogma, VHS 3: Viral) joins the grue-crew to take a bite out of the mammoth $93 million haul the […]

http://traffic.libsyn.com/docrotten/DoH_TCE_PhantomOfTheOpera_1925_20180930.mp3Podcast (dohclassic): Play in new window | Download (Duration: 1:30:03 — 41.5MB)Subscribe: Android | RSS“Feast your eyes–glut your soul on my accursed ugliness!”  Remember the old if-a-tree-falls-in-the-woods question? If Lon Chaney has a line in a silent-film and no one hears it, is it still a quote?  This episode’s Grue Crew says, “Yes! If it […]

http://traffic.libsyn.com/docrotten/DoH_TCE_23_The_Ship_of_Monsters_20171119.mp3Podcast (dohclassic): Play in new window | Download (Duration: 1:23:00 — 38.3MB)Subscribe: Android | RSS“For all they’ve tried, the Mexicans haven’t been able to destroy it,” says the electronic voice of the Venusian’s computer when describing Mexico in The Ship of Monsters (1960), aka La Nave de los Monstruos. Our very own Joseph Perry was […]

http://traffic.libsyn.com/docrotten/DoH70s-112-TheEvictors-20200319.mp3Podcast: Play in new window | Download (Duration: 1:23:21 — 38.3MB)Subscribe: Android | RSS“It was a small Louisiana town where people live and love and die and no one ever thought of locking their doors… except in the Monroe house.” Hey, everybody! Let’s buy the Monroe house! Join your faithful Grue Crew – Doc Rotten, […]

http://traffic.libsyn.com/docrotten/DoHTCE-72-InvadersFromMars-20200112.mp3Podcast (dohclassic): Play in new window | Download (Duration: 1:21:08 — 37.4MB)Subscribe: Android | RSS“You gotta hit ’em right in the puss with the grenades if you wanna stop ’em major!”  Seems like that goes without saying, doesn’t it? Join this episode’s Grue Crew – Chad Hunt, Joseph Perry, and Jeff Mohr – as they […]

http://traffic.libsyn.com/docrotten/DoH80s-153-TheDeadZone-20200220.mp3Podcast (doh80s): Play in new window | Download (Duration: 1:07:13 — 31.0MB)Subscribe: Android | RSS“The ICE… is gonna BREAK!” If someone told you they had a vision that the ice would break if you went skating, what would you do? Join your faithful Grue Crew – Crystal Cleveland, Chad Hunt, Bill Mulligan, and Jeff Mohr […]

http://traffic.libsyn.com/docrotten/DoH80s-152-AngelHeart-20200115.mp3Podcast (doh80s): Play in new window | Download (Duration: 1:07:53 — 31.2MB)Subscribe: Android | RSS “I got a thing about chickens.” Exactly what does Harry Angel mean by that? Join your faithful Grue Crew – Crystal Cleveland, Chad Hunt, Bill Mulligan, and Jeff Mohr – as they follow Harry’s investigation from New York to New […]