The Dead 2  (2014)  is not only the swag in the prize pack from Anchor Bay Entertainment in this week’s trivia contest, it is also the topic of this week’s review. It’s zombie action set in India from The Ford Brothers who brought the horror community  The Dead.

Dave  shares  the horror news of the week  with previews of  The Walking Dead,  American Horror Story: Freak Show  and  Carver. Santos prepares for another round of STUMP THE SAINT and Doc joins Dave in reviewing  The Den.

The Dead 2  (2014)
Drawing their inspiration from the lumbering ghouls in George Romero’s Night of the Living Dead and Dawn of the Dead, the Ford Brothers return to their own franchise with The Dead 2. The film, set in India, follows an American who races to reunite with this loved ones as zombies rise to take over the world. Santos, Dave and Thomas gather  in one corner while Doc stands alone in the other as the grue-crew review the film.

What Have You Been  Watching:  The Den
Dave steps up with the “What Have You Been Watching” content this week with the found footage film, The Den, currently playing on Netflix. The film follows a researcher studying the behavior of online video chatters until she runs across a patron of The Den who is brutally murdered in front of her. Dave shares how much he enjoyed the film.

Horror News of the Week for 09/08/2014
Dave Dreher  shares the Horror News of the Week beginning with news of AMC greenlighting a companion series of  The Walking Dead. The director of  Room 237  is returning with  Nightmare  recreating nightmares from those experiencing night terrors. The Soska Sisters guest star  in the Canadian horror film,  Blackburn. The extended teaser for  American Horror Story: Freak Show  finally reveals the characters from season 4. And, finally, the trailer for  Carver  is released, the Halloween horror film from 14 year old director Emily DiPrimio. 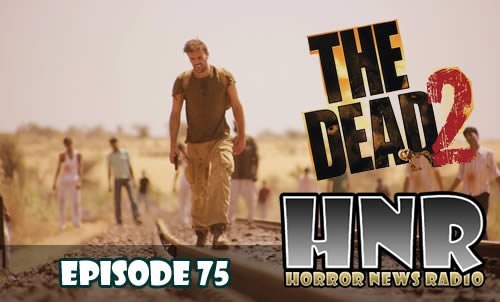 http://traffic.libsyn.com/docrotten/DOH80s-141-Parasite.mp3Podcast (doh80s): Play in new window | Download (Duration: 54:13 — 25.0MB)Subscribe: Android | RSS“Once it gets inside you, it will do anything to get out!” the tagline for Parasite 3-D .promised buckets of 3-D gruesome gore. The film partially delivers with Stan Winston creature effects that hold up and the presence of a young Demi Moore. […]

Join us this week as we take a look at ten of the best Monster from the Movie of 2014. Looking back at 2014, the show recounts  its favorites of the year:  the best Vampire, Werewolf, Bigfoot, Kaiju, Zombie and more. Is your favorite on the list? Is there one you cannot wait to see? […]

http://traffic.libsyn.com/docrotten/DoH80s-149-Creepshow-20191126.mp3Podcast (doh80s): Play in new window | Download (Duration: 1:10:22 — 32.4MB)Subscribe: Android | RSS “Go out and f*** somebody. But wear a damn rubber! Everybody’s got the damn herpes these days!” You can always count on Upson Pratt  to let everyone know what’s bugging him. Join your faithful Grue Crew – Crystal Cleveland, Chad […]

http://traffic.libsyn.com/docrotten/DoHTCE-67-TheBlackCat-20191103.mp3Podcast (dohclassic): Play in new window | Download (Duration: 1:08:54 — 31.8MB)Subscribe: Android | RSS “Many men have gone there. Few have returned. I have returned. After fifteen years… I have returned.” Dr. Vitus Werdegast delivers this line with a grave determination that tells you he has vengeance on his mind. Join this episode’s Grue […]

http://traffic.libsyn.com/docrotten/DoH70s-106-FuryOfTheWolfman-20191106.mp3Podcast: Play in new window | Download (Duration: 1:11:39 — 33.0MB)Subscribe: Android | RSS“When the heliotrope starts growing among rough rocks and the full moon shines at night, in a certain area of the Earth, a man turns into a wolf.” How could they forget the part where the man is bitten by a Yeti? […]

http://traffic.libsyn.com/docrotten/DoHTCE-66-TheBodySnatcher-20191027.mp3Podcast (dohclassic): Play in new window | Download (Duration: 1:23:17 — 38.3MB)Subscribe: Android | RSS“You’ll never get rid of me, Toddy.” Somehow, when Boris Karloff says this line, you believe him. Join this episode’s Grue Crew – Whitney Collazo, Chad Hunt, and Jeff Mohr – as they try to keep from getting snatched and “Burked” […]

http://traffic.libsyn.com/docrotten/DoHTCE-65-BloodAndBlackLace-20191006.mp3Podcast (dohclassic): Play in new window | Download (Duration: 1:15:54 — 34.9MB)Subscribe: Android | RSS “Perhaps the sight of beauty makes him lose control of himself, so he kills.” Yeah, that makes no sense at all, but Mario Bava still makes it work.  Join this episode’s Grue Crew – Joseph Perry, Chad Hunt, and Jeff […]