“I’m not afraid of the dark, I’m afraid of what’s in it.” – trailer for THE DARK  (1979). This is one of those head-scratching genre films that littered the Seventies. Originally a straight up monster movie, the film was re-written as a sci-fi flick at the last minute replacing director Tobe Hooper with John “Bud” Cardos. How does that happen? The Black Saint and Doc Rotten tackle another groovy horror film from the 1970s.

The Dark has an extraordinary cast with everyone wondering just WTF is going on. The film features  William Devane, Cathy Lee Crosby, Richard Jaeckel & Keenan Wynn in the headlining roles with  Biff Eliot, Casey Kasem, John Bloom (as The Dark), Jacqueline Hydem, Vivian Blaine & Philip Michael Thomas (Miami Vice) as Corn Rows in supporting roles. The script has cop Jaeckel and writer Devane, the father of the first victim, bickering back and forth as they chase down the creature  they call The Dark, a monstrous beast that shoots death rays from his eyes. Yup. 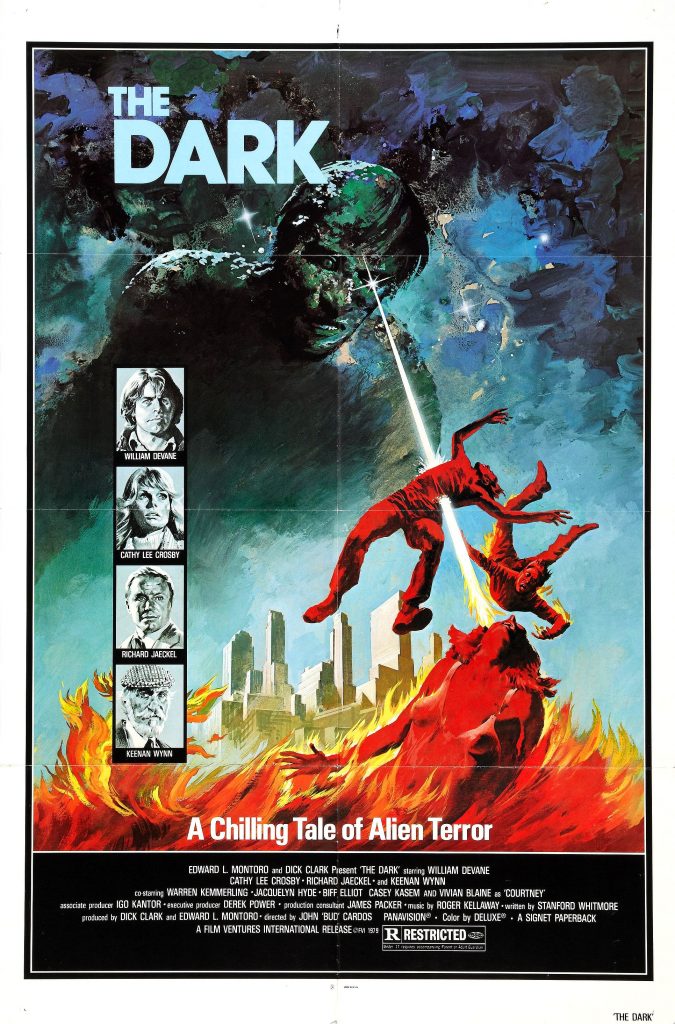