“Well, I can’t stand a thing about you, and that includes your hair!” How would you feel if your cousin came to stay and took over everything you own, including your family? Join your faithful Grue Crew – Doc Rotten, Jeff Mohr, Bill Mulligan, and Chad Hunt – as they take a short staycation with just such a family during Wes Craven’s Summer of Fear!

This subject of this episode is the result of the podcast’s latest Patreon poll and as such, has been foisted on, … er, rather, carefully selected for the Grue Crew by the loyal listeners of Decades of Horror 1970s. Adapted from the novel Summer of Fear by Lois Duncan, a renowned writer of young-adult novels, the film was originally released as a TV-movie under the title Stranger in our House. Directed by horror icon Wes Craven, Summer of Fear is his first direct-to-television effort and premiered over a year after The Hills Have Eyes (1977). Summer of Fear tells the story of a family whose fairy tale existence is shattered when a cousin/niece comes to live with them after her parents are killed in an automobile accident. However, there is one big problem. Their guest is a witch, not a relative, and she is after everything they own.

The key figure in the story is the witch, as played by Lee Purcell, but the film’s starpower comes from Linda Blair as the family’s daughter. Her parents are played by Carol Lawrence and Jeremy Slate with Jeff East as her brother. Rounding out the cast in supporting roles are Macdonald Carey as an occult expert and early-career Fran Drescher as the daughter’s friend.

Amazingly, none of the Grue Crew had seen this film prior to preparing for the podcast. Neither Wes Craven nor Linda Blair nor even Fran Drescher had garnered their interest. Bill couldn’t  figure out why the witch couldn’t be seen in photographs, wondering when that became part of the witch canon. Jeff recalls Jeremy Slate from his earlier days in biker movies and westerns and gets a kick out of his portrayal as the bewitched father. Doc likes the film the most and enjoys seeing that much of Linda Blair, but, oh, the hair! Chad was not impressed with the witch’s here-again-gone-again Southern accent but still thought she was the most interesting character i the film. The Grue Crew universally agreed even though Summer of Fear is one of Craven’s lesser works, it’s worth a watch viewed as a picture on the world of the cast and crew at that point in their careers. 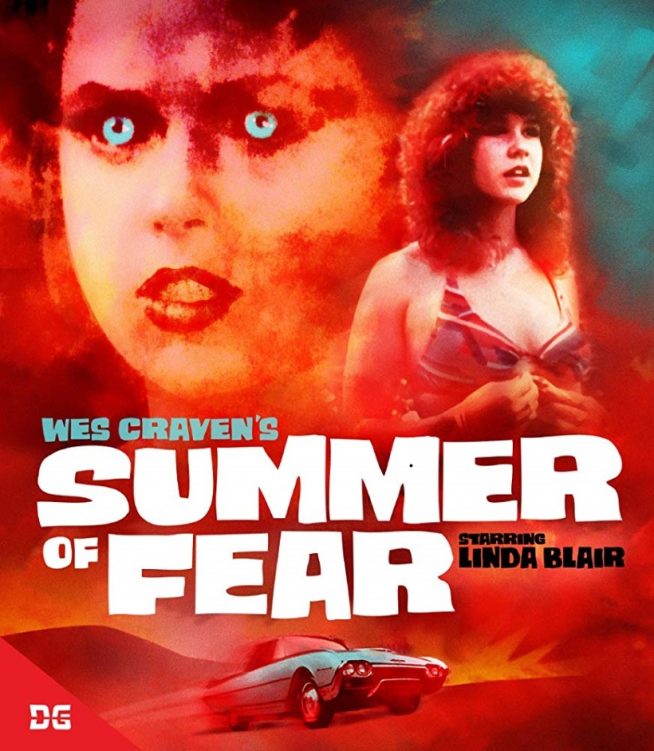 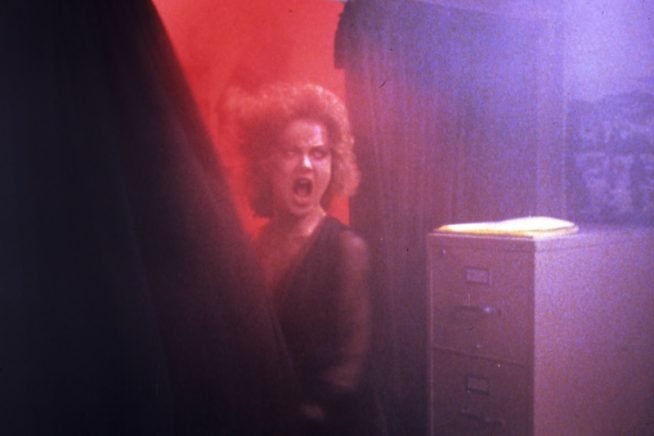