“I see dead people.” – Cole (Haley Joel Osment) reveals his secret to Dr. Malcolm (Bruce Willis) in the line that launched a thousand pop culture references. M. Night Shyamalan’s  The Sixth Sense  was a phenomenon upon release in August of 1999. It made M. Night the new talk of Hollywood, being nominated for multiple Oscars and giving the twist ending a whole new revitalized image. However, as M. Night’s career has gone through a real roller coaster experience over the past near 20 years, one wonders how well this film holds up. Luckily, Decades of Horror 1990s is here to investigate if  The Sixth Sense  still packs a punch or if there’s a twist in its legacy.

Th Sixth Sense  is mainly remembered for the influential twist. Obviously, it took the world by storm and has been parodied countless times. Yet, there’s more going on here. The central theme of lacking communication plagues all our characters. Malcolm’s wife Anna (Olivia Williams) is distant from him. Cole has to struggle with hiding his secret from his overworked mother Lynn (Toni Collette). Even the ghosts are unable to properly communicate with anyone other than Cole, who is at the short end of their confused and sometimes violent outbursts that scare the hell out of them. It’s a subtle yet beautiful examination of regret, loss, and connection that resonates between these characters, proving that horror can make us cry genuine tears of sadness in between fits of terror.

Well, at least for some of us. For this episode,  Thomas Mariani enlists the help of a few others who can communicate with the undead, Doc Rotten and Caitlin Turner. Our trio harmoniously agrees that drama at the heart of  The Sixth Sense  is still palpable. Praise is spread for the entire cast, though Toni Collette gets the lion’s share of the praise for grounding Haley Joel Osment from becoming a full-blown M. Night parody of a character we’re used to. However, there’s plenty of debate as to whether the ghosts are malicious and how much the film leans on the twist to support its storytelling. It’s a…  “spirited” discussion to say the least. Plus, there’s a big announcement about a major change in the podcast to stay tuned for!

A Big Change! Listen to Find Out! 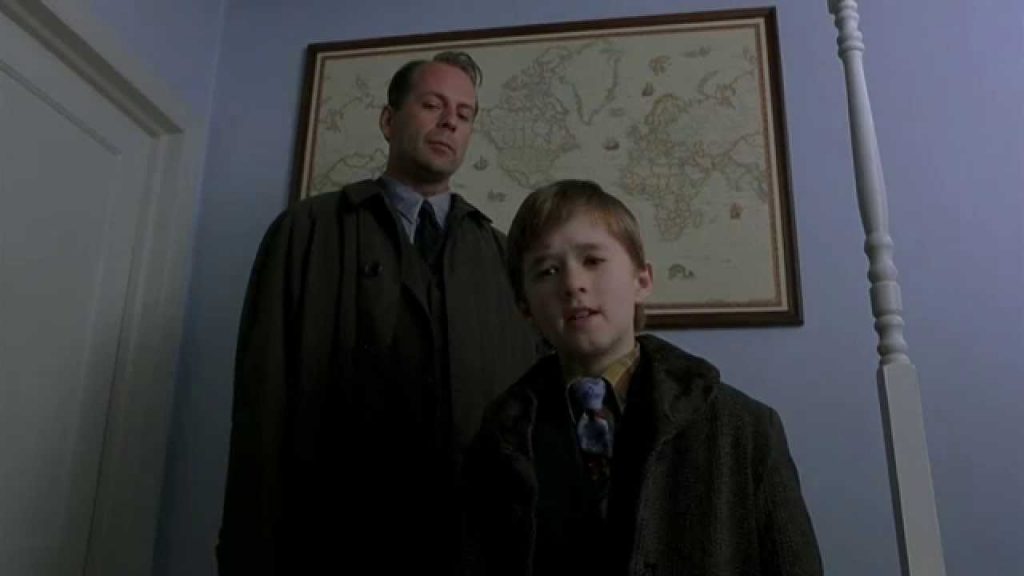