“For all they’ve tried, the Mexicans haven’t been able to destroy it,” says the electronic voice of the Venusian’s computer when describing Mexico in The Ship of Monsters (1960), aka La Nave de los Monstruos. Our very own Joseph Perry was so enamored with “Tiki Brain Guy” and Cyclops in Santo and Blue Demon Against the Monsters (Episode 19), he decided to take us back in time to 1960 to experience their earlier roles as Tagual and Uk, respectively. Ride along as this episode’s Grue Crew – Joseph Perry, Chad Hunt, Jeff Mohr, and special guest host Kieran Fisher – take an interplanetary voyage on The Ship of Monsters!

In The Ship of Monsters, the female population of Venus is in desperate need of men for the purposes of procreation and the survival of their race, To that end, the Venusians organize a mission whereby a rocketship and its crew will embark on a voyage to various planets to retrieve the best men from each and bring them back to repopulate Venus. The ship’s crew, Gamma (Ana Bertha Lepe) and Beta (Lorena VelÃ¡zquez), start their mission suitably clothed for space travel in their one-piece swimsuits.

By the time they get to Earth, they’ve acquired several male specimens: Tagual, Prince of Mars; Uk, a slobbering cyclops from the Red Planet; Utirr, a half-tick, half-spider creature with telescoping appendages from the fire planet; Zok, a sabre-toothed primate skeleton creature; and Tor, a robot from a barren planet whose population had long gone extinct. They are, indeed, a ship of monsters when they land on Earth and encounter the best male Earth has to offer, Lauriano (Eulalio GonzÃ¡lez, aka Piporro), a tall-tale-telling cowboy with a decidedly comedic bent. Throw in an incognito vampire’s plot to take over Earth and an interspecies love story or two and you have the ridiculous, but hilarious tale told in The Ship of Monsters.

This Mexican production is directed by Rogelio A. GonzÃ¡lez and and the very smart script is written by JosÃ© MarÃ­a FernÃ¡ndez UnsÃ¡in and Alfredo Varela. Don’t let the cheap monster suits fool you! The filmmakers successfully skewer the alien invasion film genre as well as racism, colonialism, and a few other -isms in a way that will have you laughing out loud. The members of this episode’s Grue Crew each give The Ship of Monsters a very strong thumbs up!

Listen and you’ll be able to tell which of us made these comments regarding The Ship of Monsters:

We plan to release a new episode every other week. The next episode in our very flexible schedule is Invasion of the Body Snatchers (1956), selected and hosted by Jeff Mohr. 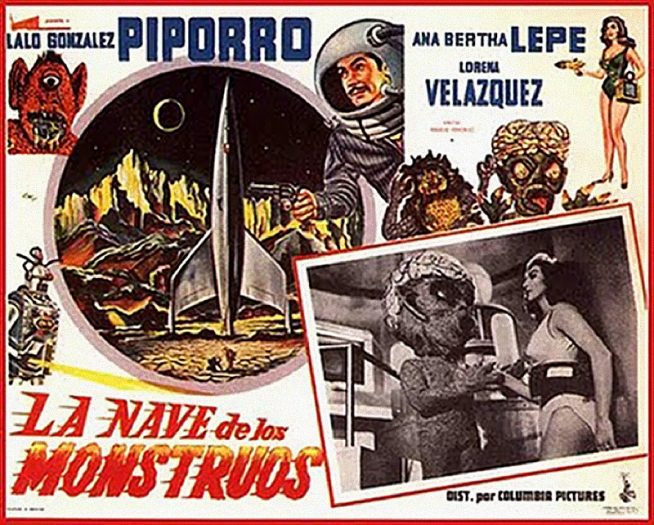 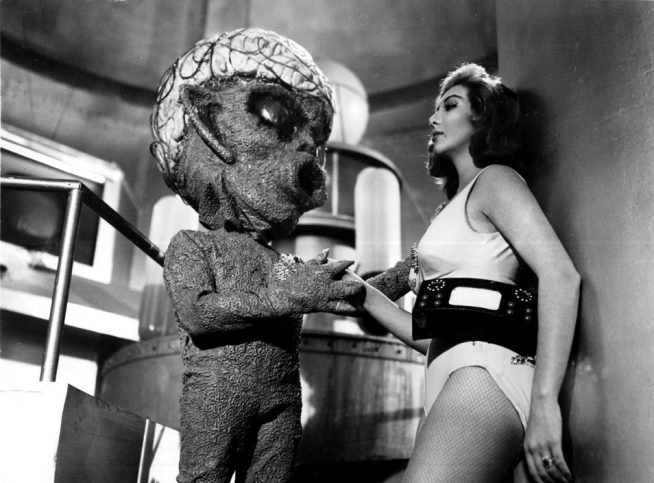 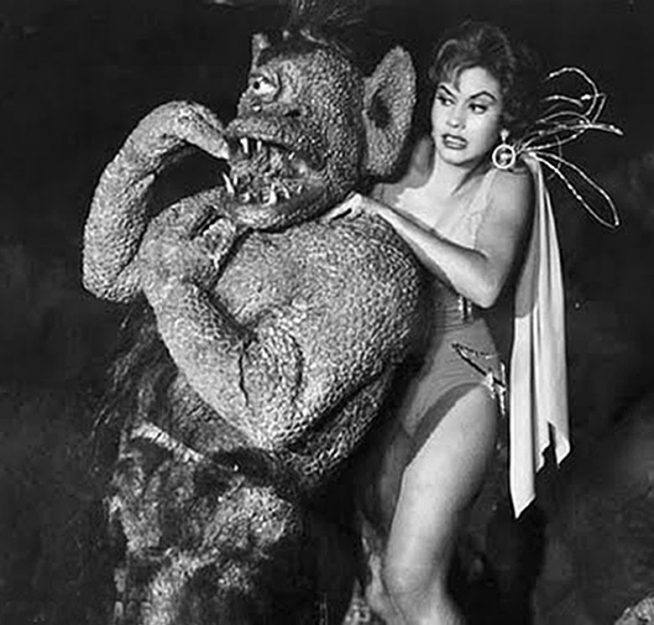