“I want your eye, man. I want those things you see through.” Jim Hudson (Stephen Root) reveals the true purpose of injecting himself into Chris Washington’s (Daniel Kaluuya) brain.  Get Out  was the movie of 2017. Released nearly a year ago, it managed to capture the paranoia, oppressively bleak and gradually bizarre facets the 10 months that would follow. It lasted so long in the popular consciousness that it earned writer/director Jordan Peele multiple Academy Awardâ„¢ nominations. Yet, why exactly has  Get Out  maintained just a hold over the cultural zeitgeist? To examine this, Thomas enlists the help of a few friends who may just relate to the struggles Chris has. Luckily, they haven’t gone through the Coagula transplant… or have they?!

Get Out  is a story of simmering racial tension. Jordan Peele decided to go with not an overtly racist family of white folks as the antagonist. No, instead Chris must go up against the seemingly well-meaning if an unintentionally cringy family of his girlfriend Rose (Allison Williams). While the seemingly harmless Dean (Bradley Whitford) and Missy Armitage (Catherine Keener) are very inviting, something sinister lies beneath their smiles. Especially with the unusually chipper house staff of Georgina (Betty Gabriel) and Walter (Marcus Henderson) who make Chris raise a few eyebrows. Hopefully, he can raise his legs quick enough to  Get Out  before things get too crazy.

Even though Thomas just discussed  Get Out  on a Horror News Radio episode a little under a year ago, he just had to get a new one out. Not just because of the Oscar nominations or February being Black History Month. No, the big reason was simply this; there weren’t any black people on a Gruesome Magazine podcast discussing the film yet. So, Thomas enlists familiar voices Yonathan Habtemichael and Shakyl Lambert as well as newcomer Torrey Depina to discuss  Get Out  as a film that represents the Black experience. Yes, even a horror film like Get Out  speaks  to race relations, cultural fetishization, and systemic oppression. But don’t worry. There’s plenty of silly talk about Denzel Washington, wrestling and horror cliches to lighten the mood. 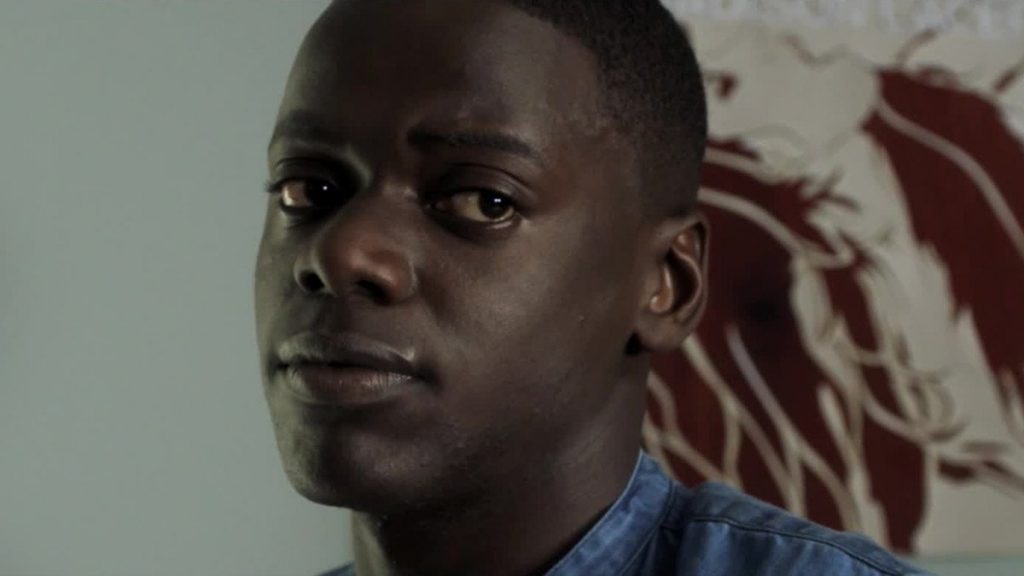