“What terrifying craving made her kill… and kill… and kill…” the intriguing tagline for  Frightmare (1974), aka Cover Up, provides just a hint of what Dorothy Yeates (Sheila Kieth) is up to when her husband Edmund (Rubert Davies) isn’t looking. And what does this mean for their children, Jackie (Deborah Fairfax) and Debbie (Kim Butcher), and their eating habits? Perhaps they’re chips off the old butcher block…? Eh? Eh? Doc Rotten and Jeff Mohr are joined by Chad Hunt and Bill Mulligan to discuss this nearly forgotten British gem.

The film is from director Pete Walker who would give us similar intriguing genre movies House of the Whipcord, Schizo, and House of Long Shadows. The latter film features one of the last combinations of horror icons Vincent Price, Christopher Lee, Peter Cushing, and John Carradine. Pete Walker’s muse, Sheila Keith, would appear in most of them. In Frightmare, she stars as the elderly Dorothy, recently released from a mental hospital who is up to her old tricks once again…cannibalism. Rupert Davies plays her husband, Edmund, in what would be his last role. The terrific character actor would appear in many British horror  films such as Dracula Has Risen from the Grave, The Conqueror Worm, The Brides of Fu Manchu, and The Oblong Box. Together Keith and Davies are the reason to catch this underseen, underappreciated nugget from 1974. That and all the goofy bright red gore. Good stuff.

“Worse than your most shocking nightmare!” – the poster tagline promises a nightmare to shock us all.

As soon as we mentioned “Pete Walker,” Bill’s ear perked up and he lauded with excitement. On the podcast, he shares why he enjoys the filmmaker so. Also, he discovers this is the one film of his he had never seen. In fact, none of the hosts had caught Frightmare before assigning it to this episode. A rarity, indeed. The film is similar to classic low budget horror films from England at that time, such as Pscyhomania which we covered in episode 49. Everyone shares their newfound admiration for this film and their shared hatred for the “Debbie” character, especially Chad who confesses it takes a lot for  someone to elicit such disgust. But, it is all in service of the film itself. 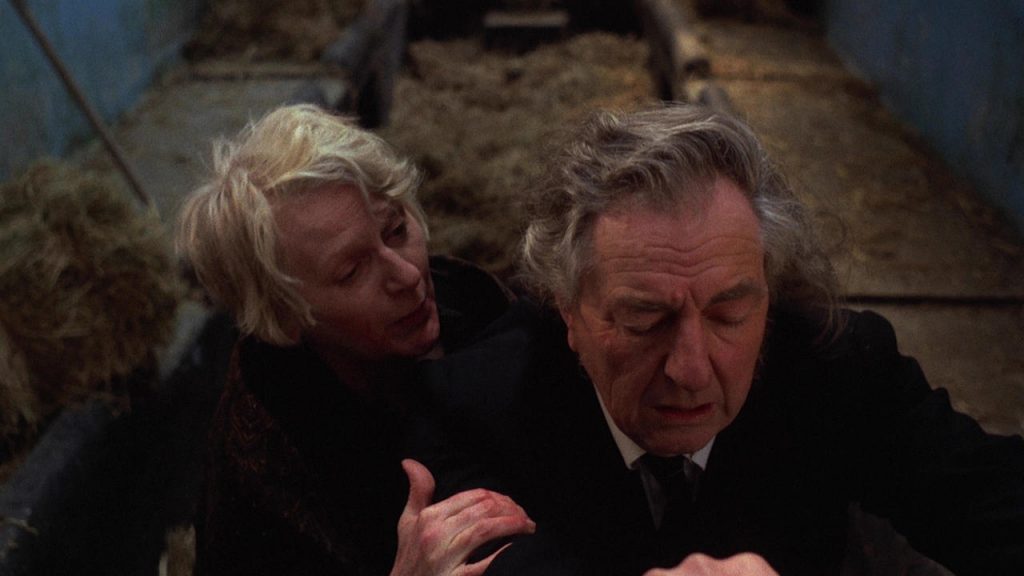 https://traffic.libsyn.com/secure/docrotten/DOH70s-132-AsylumSatan-Review.mp3Podcast: Play in new window | Download (Duration: 1:01:46 — 35.5MB)Subscribe: RSS“You come to me with a hospital I can’t find and a doctor that nobody knows and a kidnapped […]