“You have nothing to lose but your mind.” One of the final Amicus anthology films is prepared to drive you insane as Dr. Martin (Robert Powell) interviews the patients of a mental asylum searching for the head doctor who recently lost his mind in Asylum (1972). Roy Ward Baker directs from a script by Robert Bloch featuring Peter Cushing, Britt Ekland, and Hebert Lom. Doc Rotten and Jeff Mohr are joined by Chad Hunt and Bill Mulligan along with special guest-host Eli Mohr.

With titles like Dr. Terror’s House of Horrors, Tales from the Crypt, and Torture Garden, Amicus Films threatened to give Hammer Films a run for their money…but never quite reached that goal. By the time they caught up with the studio that gave us Horror of Dracula and Curse of Frankenstein, the horror genre was maturing into its modern era as films like Night of the Living Dead, Rosemary’s  Baby, and The Exorcist  captured the audience’s attention. Asylum is one of the final films in their series of portmanteau films – and quite possibly one of its forgotten best. The wrap around story is woven into the film’s fourth tale “Mannikins of Horror” featuring a murdering toy robot while Peter Cushing stars alongside Barry Morse in a tragic tale called “The Weird Tailor”. Britt Ekland guides Charlotte Rampling down a sordid path in “Lucy Comes to Stay” while Richard Todd faces his slain wife’s revenge in “Frozen Fear”. A terrific film that has the Grue-Crew enjoying every frame.

“See what the author of ‘Psycho’ is up to now!” – the poster tagline pimps the fact that the screenwriter, Robert Bloch, is the man responsible for Alfred Hitchcock’s beloved horror classic.

The Grue-Crew are thrilled to welcome Jeff’s grandson Eli onto the show to review Asylum. A new experience for the lad, Eli starts off things noticing how the music in the first segment, Frozen Short, uses unusual cues to signal the various terrors that threaten Richard Todd in his basement. The Crew agrees  with him about the acting as well, as each of the cast – especially Peter Cushing – give the film their all, providing the film with a bit more class that may be expected. Chad shares his own terrifying tale of facing a mannequin  in his grandmother’s attic when he was young, a fear that he would have to face in the “Mannikins of Horror” segment. Except for Eli, who recently caught the film for this podcast, the rest of the crew remember catching the film when it was originally released – or, in the case of Doc, re-released under the title House of Crazies. 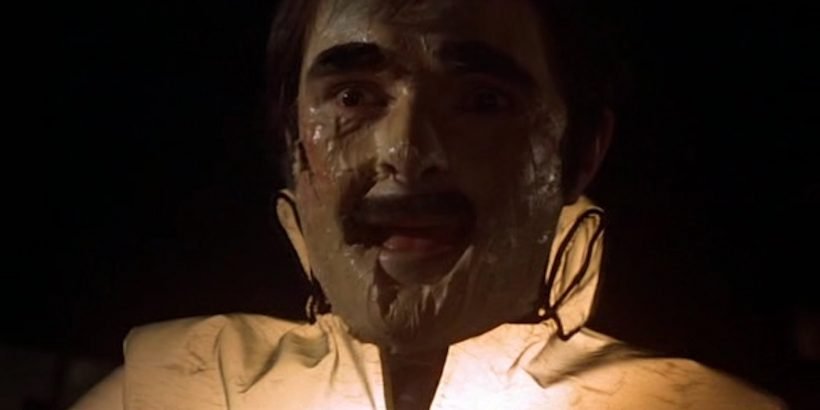 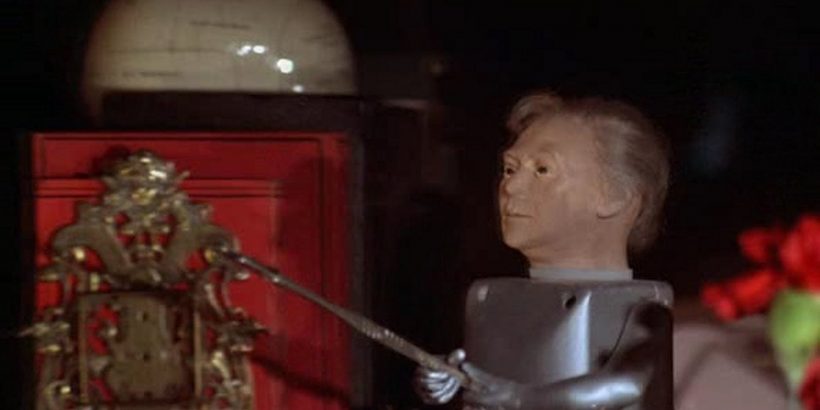 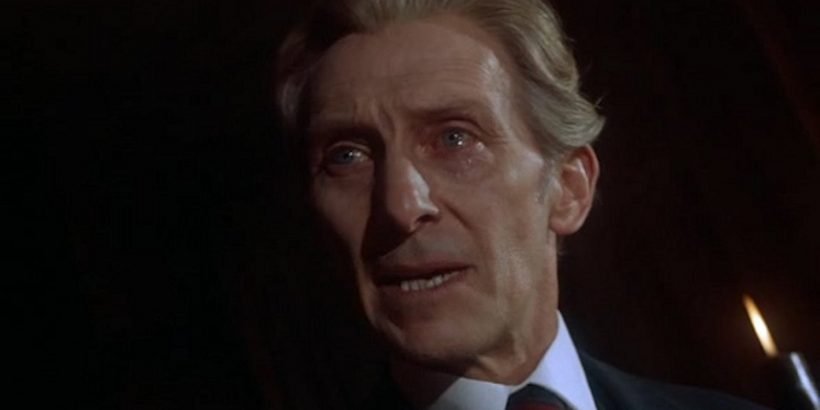 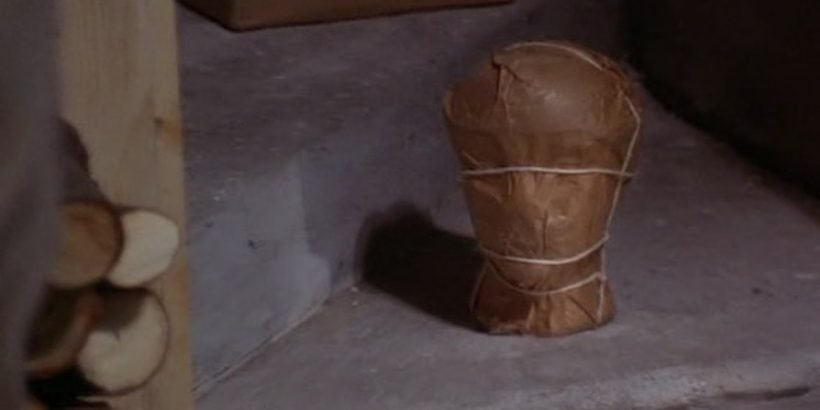 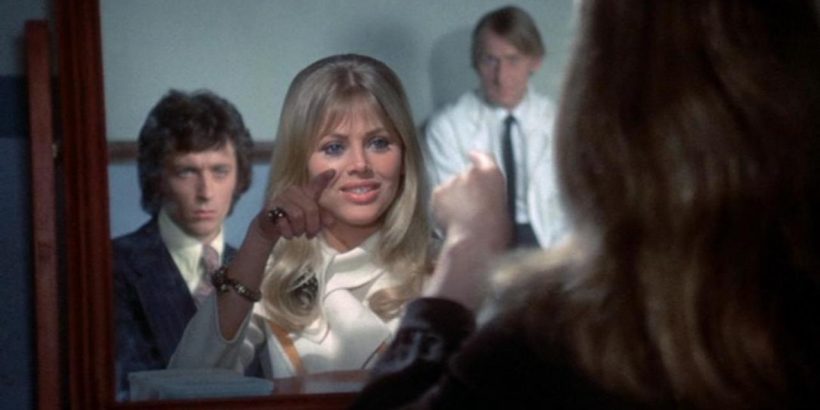 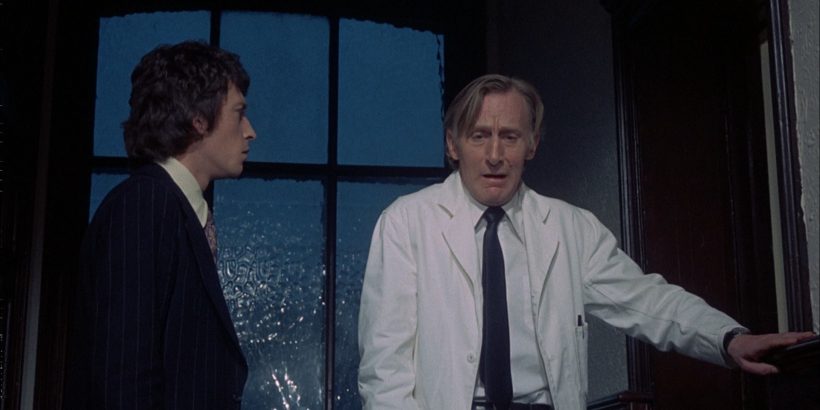 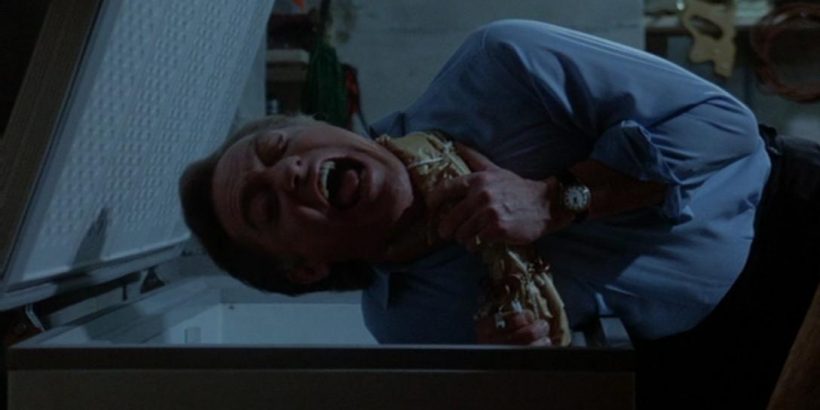 Cheap Thrills (2013)  from director  Joe Lynch has the grue-crew in stitches and sweat. It is gruesome and funny – and thought provoking. The Black Saint admitting it is one […]