“Rabbits aren’t your bag, Roy.” It’s pretty safe to say rabbits aren’t anyone’s bag in Night of the Lepus, especially the pseudo-savage, overgrown, mutant versions in this film. The Black Saint was unable to join us for this episode and Doc Rotten is still on hiatus, diligently working on the next issues of the Gruesome Magazine quarterly print and electronic editions. Sometimes, you just can’t do everything you want to do, can you, guys? In the interim, your regular host, Jeff Mohr, is joined by the capable and knowledgeable Bill Mulligan, film director, and Chad Hunt, comic book artist/writer and co-host of Decades of Horror: The Classic Era podcast. Join them as they weave their way through the killer rabbits of Night of the Lepus.

Night of the Lepus is director William F. Claxton’s only entry in the horror film. Most of his experience is in the western genre, so it’s no surprise that most of the cast are frequent performers in westerns. Highly recognizable leads and supporting cast are played by Janet Leigh, Rory Calhoun, Stuart Whitman, DeForest Kelley, and Paul Fix, who all give it the old college try, but they don’t have much with which to work.

The screenplay is written by Don Holliday and Gene R. Kearney and is based on The Year of the Angry Rabbit (1964), an Australian, comic/horror/science fiction novel by Russell Braddon. Though the plot is outrageous, the novel is appreciated for its comic shadings. In Night of the Lepus, however, the filmmakers forsake any attempt at humor and go straight for outright horror, a fatal mistake. Unfortunately, no matter how ominous the script or intense the acting, the special effects are not up to the task of inciting horror from domestic rabbits performing on miniature sets.

Despite its flaws, Night of the Lepus still holds a special place in the hearts of the members of your faithful Grue Crew. Jeff Mohr has on an ongoing bromance with Rory Calhoun. Though he agrees it is a terrible film, Bill Mulligan professes a love for many of the images in Night of the Lepus and uses them in his party videos. Now there’s a party we’d love to attend! Chad Hunt, well, Chad Hunt can’t figure out why, but when he’s channel surfing and runs across Night of the Lepus, he can’t keep from pausing to watch the proverbial trainwreck. 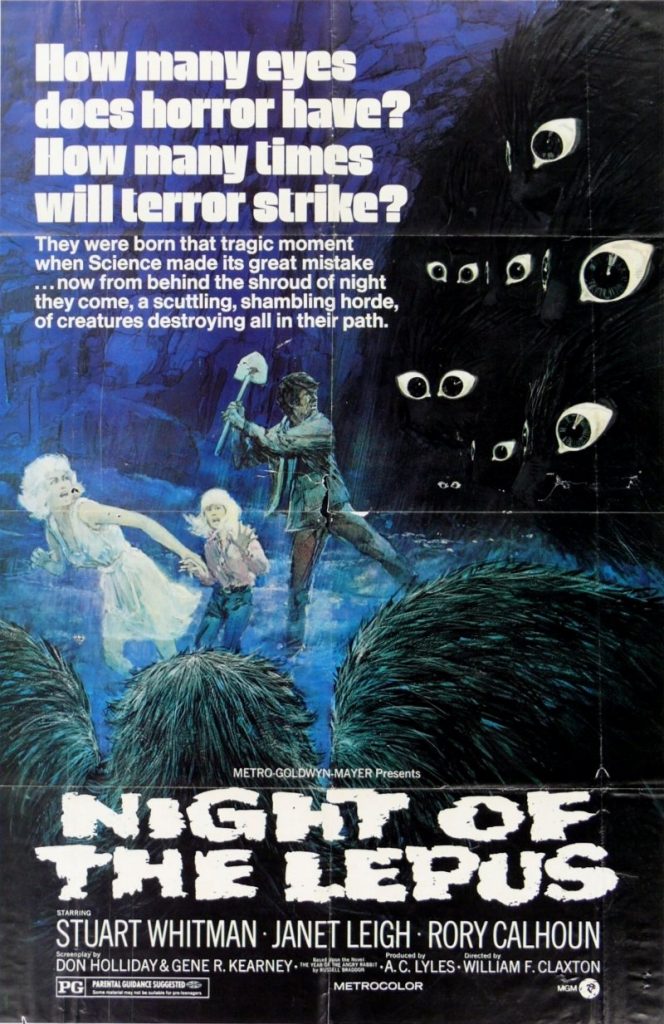 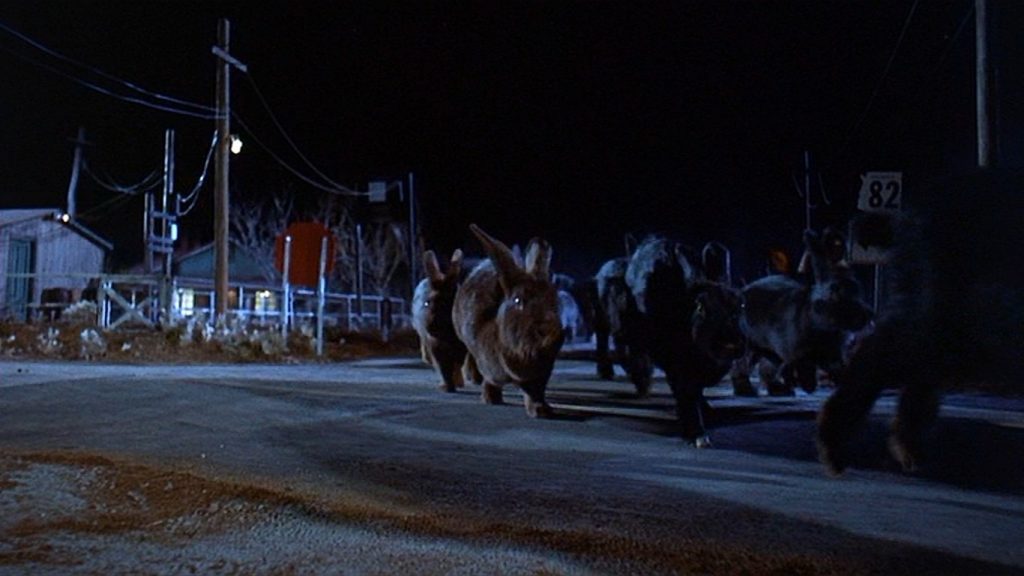 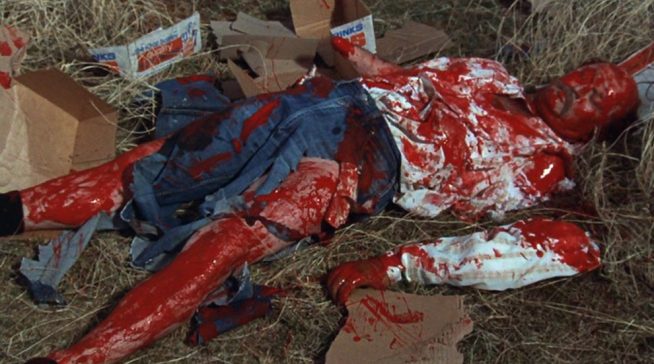 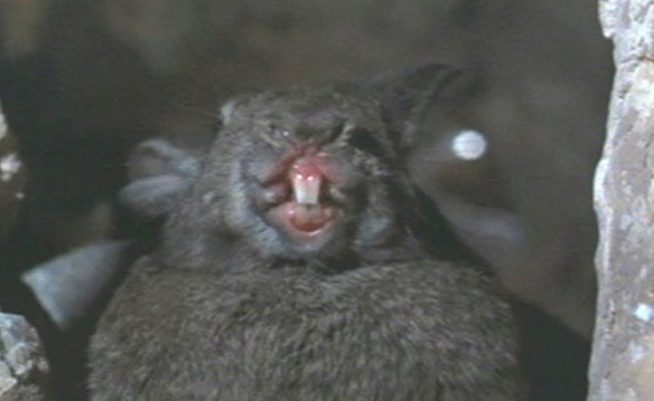 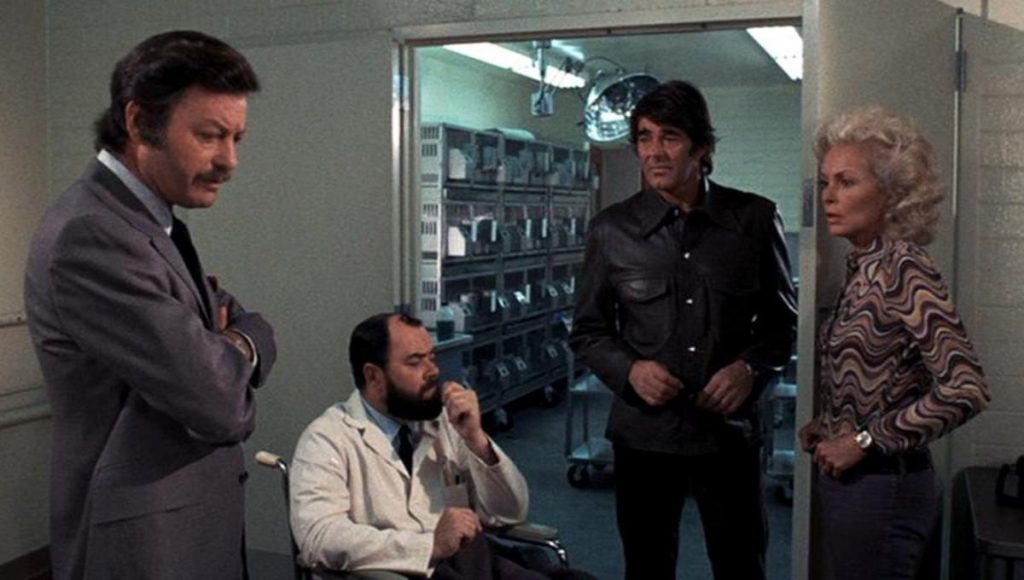 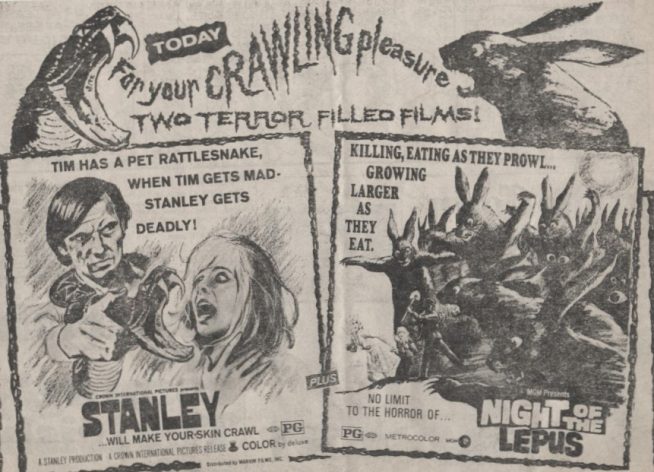 http://traffic.libsyn.com/docrotten/DoH_TCE_36_ItTerrorBeyondSpace_1958_20180603.mp3Podcast (dohclassic): Play in new window | Download (Duration: 54:40 — 25.3MB)Subscribe: Android | RSS“Every bone in his body must be broken. But I’m not sure that’s what killed him.” What?! Well then, what did kill him? Join Joseph Perry, Chad Hunt, and Jeff Mohr as they stowaway aboard a rocket from Mars in search […]

The Sacrament  (2013) has its roots firming grounding in the true story surrounding the Jonestown tragedy from 1978. The similarities have many of the HNR grue-crew scratching their heads wondering what the film’s director Ti West is really up to. The discussion gets heated beginning with an explanation of what happened to covering The Guest. […]

http://traffic.libsyn.com/docrotten/DOH_70s_Eps008-TalesFromTheCrypt.mp3Podcast: Play in new window | Download (Duration: 1:03:58 — 29.3MB)Subscribe: Android | RSS“You were cruel and mean right from the start, now you can truly say you have no heart.” Peter Cushing as Arthur Grimsdyke leaves a horrifying Valentines card for his murderers in Poetic Justice, one of the fantastic stories in the classic […]

http://traffic.libsyn.com/docrotten/DoH80s-149-Creepshow-20191126.mp3Podcast (doh80s): Play in new window | Download (Duration: 1:10:22 — 32.4MB)Subscribe: Android | RSS “Go out and f*** somebody. But wear a damn rubber! Everybody’s got the damn herpes these days!” You can always count on Upson Pratt  to let everyone know what’s bugging him. Join your faithful Grue Crew – Crystal Cleveland, Chad […]

http://traffic.libsyn.com/docrotten/DoHTCE-67-TheBlackCat-20191103.mp3Podcast (dohclassic): Play in new window | Download (Duration: 1:08:54 — 31.8MB)Subscribe: Android | RSS “Many men have gone there. Few have returned. I have returned. After fifteen years… I have returned.” Dr. Vitus Werdegast delivers this line with a grave determination that tells you he has vengeance on his mind. Join this episode’s Grue […]

http://traffic.libsyn.com/docrotten/DoH70s-106-FuryOfTheWolfman-20191106.mp3Podcast: Play in new window | Download (Duration: 1:11:39 — 33.0MB)Subscribe: Android | RSS“When the heliotrope starts growing among rough rocks and the full moon shines at night, in a certain area of the Earth, a man turns into a wolf.” How could they forget the part where the man is bitten by a Yeti? […]

http://traffic.libsyn.com/docrotten/DoHTCE-66-TheBodySnatcher-20191027.mp3Podcast (dohclassic): Play in new window | Download (Duration: 1:23:17 — 38.3MB)Subscribe: Android | RSS“You’ll never get rid of me, Toddy.” Somehow, when Boris Karloff says this line, you believe him. Join this episode’s Grue Crew – Whitney Collazo, Chad Hunt, and Jeff Mohr – as they try to keep from getting snatched and “Burked” […]

http://traffic.libsyn.com/docrotten/DoHTCE-65-BloodAndBlackLace-20191006.mp3Podcast (dohclassic): Play in new window | Download (Duration: 1:15:54 — 34.9MB)Subscribe: Android | RSS “Perhaps the sight of beauty makes him lose control of himself, so he kills.” Yeah, that makes no sense at all, but Mario Bava still makes it work.  Join this episode’s Grue Crew – Joseph Perry, Chad Hunt, and Jeff […]