“You’re freaks! I’m a man! The last man…” Thus screams Dr. Robert Morgan at the vampires of the post-pandemic world depicted in The Last Man on Earth (1964). Join the Decades of Horror: The Classic Era’s Grue Crew – Chad Hunt, Erin Miskell, Jeff Mohr, and Joseph Perry – for our somewhat historic 10th episode as we suit up alongside Morgan to do battle against the vampiric horde. Unfortunately, Erin Miskell, the glue that holds The Classic Era’s Grue Crew together, is on special assignment investigating Dr. Caligari’s cabinet … from the inside, and was not able to join us in this battle.

Decades of Horror: The Classic Era

Based on Richard Matheson’s classic, dark, science fiction novel, I Am Legend (1954), The Last Man on Earth is a joint Italian-U.S. production, filmed in Italy and distributed by American International Pictures. Directed by Sidney Salkow on a shoestring budget, The Last Man on Earth follows Dr. Robert Morgan (Vincent Price) as he goes about his daily life as the titular character. By day, his time is spent scrounging for supplies and searching out, killing, and burning the infected vampires. By night, he fends off the still shambling remnants of the population or listens to jazz records backed with the weak cries from his infected, former colleague to “Come out Morgan … come out Morgan.”

Listen as we discuss the answers to these questions: Did the filmmakers construct a believable post-pandemic world? Since the story takes place in Los Angeles, how did they manage to create a piece of California in Italy? How does Price’s performance as Morgan in this low budget, Italian collaboration compare to his other roles? Exactly who the the heck is co-writer Logan Swanson? What did Richard Matheson think of The Last Man on Earth? How closely does this adaptation follow the plot of Matheson’s novel? How does The Last Man on Earth rank compared withThe Omega Man (1971) and I Am Legend (2007), the other adaptations of Matheson’s novel, I Am Legend? What happened to the script Matheson wrote for Hammer Films in the late 1950s? Why does The Last Man on Earth (1964) remind us so much of George Romero’s Night of the LIving Dead (1968)? 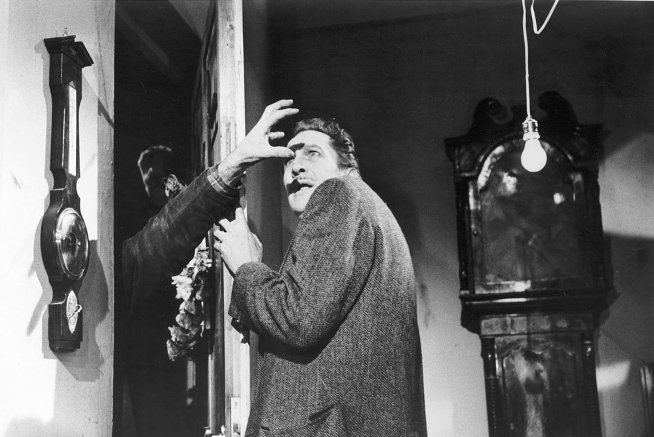 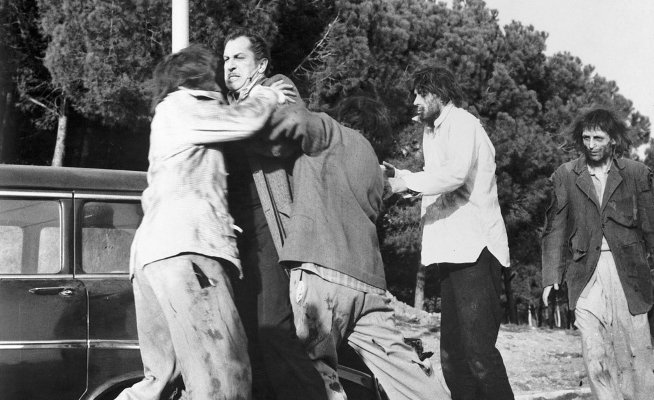 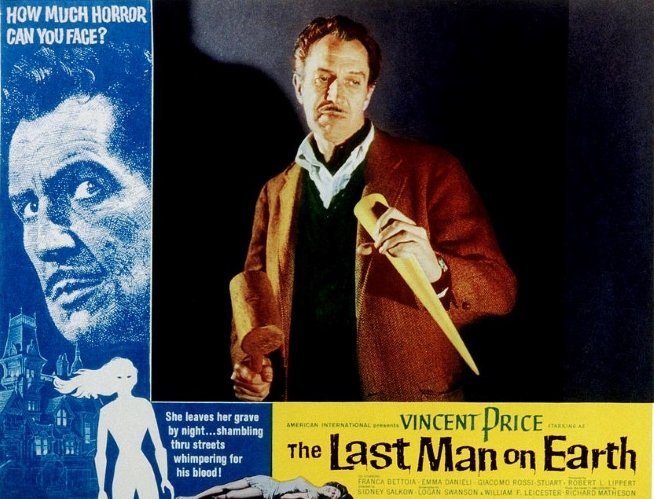