“There’s a girl out there who might be running for her life from some gigantic turned-on ape.” – the line for King Kong  (1976) illustrates the odd tone to the  high-profile, big-budget creature feature remake. Dino De Laurentiis’ monstrous epic provides fans with a U.S. man-in-suit Kaiju turn at the furry beast with a  young Rick Baker in the ape suit.  Let the fun begin! The Black Saint and Doc Rotten tackle another groovy horror film from the 1970s.  Joining the grue-crew is  Gruesome Magazine contributor Jeff Mohr.

Joining Santos, Doc, and Jeff is the host of Decades of Horror 1980s and co-host of Horror News Radio Thomas Mariani who immediate jumps into how  Dino De Laurentiis presents Kong himself. The giant gorilla is seen ogling Dwan played by Jessica Lange in a questionable manner that deserves the description in the show’s opener “some gigantic turned-on ape.” While there’s always been a connection between Kong and Anne Darrow (from the ’33 picture), the way they treat his attraction to Dwan is far less appealing than intended, for certain. Kong’s motivation is all over the place as the Grue-Crew struggle to find good things to say about the 1976 rendition of this classic monster from the movies. The film was highly promoted upon its release in December of 1976 as Doc, Jeff, and Santos all remember, but the film failed to live up to the hype. While Doc and Jeff admit liking the film now more than prior, the film still disappoints in a huge Hollywood blockbuster-gone-wrong way.

John Guillermin (from The Towering Inferno) directs the film which stars Charles Grodin, Jeff Bridges, and Jessica Lange in lead roles. Rick Baker’s Kong is superimposed into many shots with noticeable matte outlines giving the high production and low-grade sheen. While the ape costume itself is noteworthy, the integration of the effects into the film often fail their efforts. The huge mechanical King, which was all the rage in the promos and press at the time, is barely seen in the film, perhaps for the better. The film’s tone dances between serious and satire – or, at least, feels like satire, regardless of original intention. According to Thomas, Grodin acts with his teeth in an amazing fashion while Bridges likely filled the large pit to capture Kong with smoke all on his own. Yeah, man. Prepare for Kong: Skull Island with this look back to a classic – or not so classic – King Kong adventure from 1976. 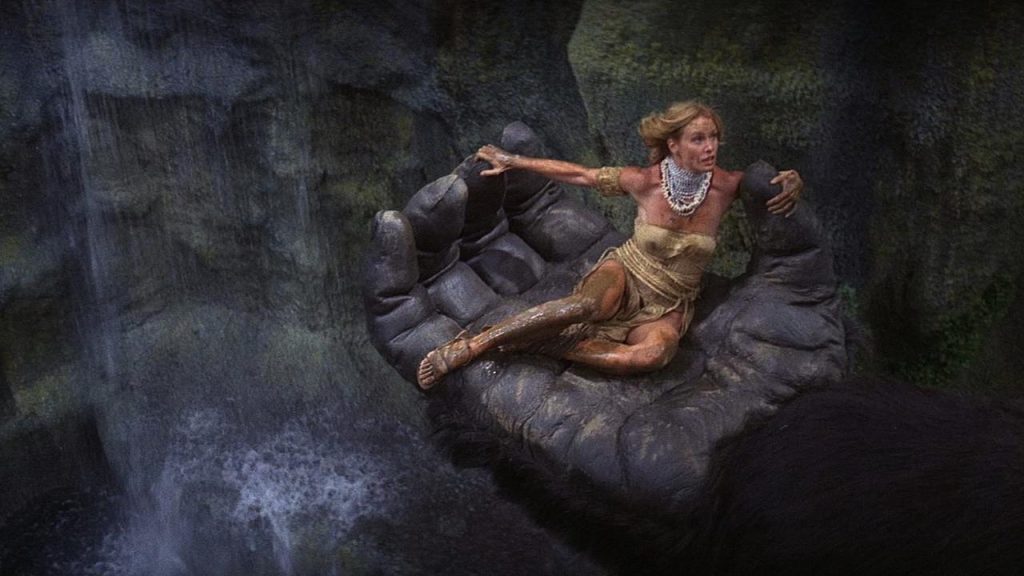 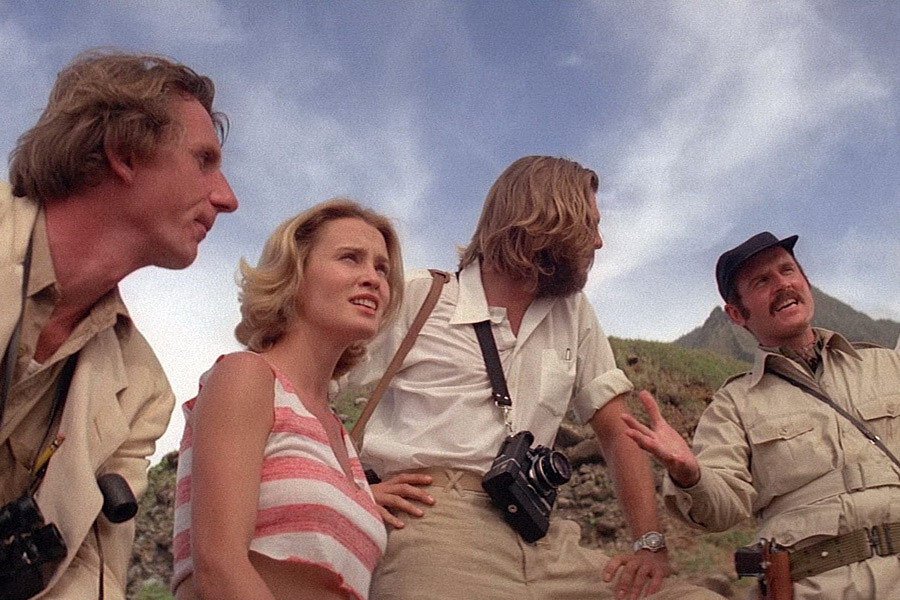