“It is as if God created the Devil and gave him… Jaws.” – trailer for JAWS (1975). Steven Spielberg’s classic Universal horror film is considered one of Hollywood’s finest achievements in terror. The cast is phenomenal, a trio of actors that will never be equaled: Roy Scheider, Robert Shaw and Richard Dreyfuss. The Black Saint and Doc Rotten tackle another groovy horror film from the 1970s.

Doc Rotten is joined by three film makers to discuss the making, the challenges and the achievements of the timeless classic, JAWS. Join Doc and his friends Bill Mulligan, Christopher G. Moore and Alan G. Kelly as they relive the film recounting some of the best scenes in the film – some of the best scenes in cinema history. They discuss how the tension is built with camera angles, cinematography, composition and music. The scary scenes are dissected, Quint’s demise and Ben Gardner’s jump scare. Alan and Chris reveal how the “Vertigo” dolly shot was done to accent Sheriff Brody’s witnessing the death of the Kintner boy. And of course, no discussion of JAWS can go without mentioning the Indianapolis speech.

Japanese submarine slammed two torpedoes into her side, Chief. We was comin’ back from the island of Tinian to Leyte. We’d just delivered the bomb. The Hiroshima bomb. Eleven hundred men went into the water. Vessel went down in 12 minutes.

Didn’t see the first shark for about a half-hour. Tiger. 13-footer. You know how you know that in the water, Chief? You can tell by lookin’ from the dorsal to the tail. What we didn’t know, was that our bomb mission was so secret, no distress signal had been sent. They didn’t even list us overdue for a week. Very first light, Chief, sharks come cruisin’ by, so we formed ourselves into tight groups. It was sorta like you see in the calendars, you know the infantry squares in the old calendars like the Battle of Waterloo and the idea was the shark come to the nearest man, that man he starts poundin’ and hollerin’ and sometimes that shark he go away… but sometimes he wouldn’t go away.

Sometimes that shark looks right at ya. Right into your eyes. And the thing about a shark is he’s got lifeless eyes. Black eyes. Like a doll’s eyes. When he comes at ya, he doesn’t even seem to be livin’… ’til he bites ya, and those black eyes roll over white and then… ah then you hear that terrible high-pitched screamin’. The ocean turns red, and despite all your poundin’ and your hollerin’ those sharks come in and… they rip you to pieces.

You know by the end of that first dawn, lost a hundred men. I don’t know how many sharks there were, maybe a thousand. I do know how many men, they averaged six an hour. Thursday mornin’, Chief, I bumped into a friend of mine, Herbie Robinson from Cleveland. Baseball player. Boson’s mate. I thought he was asleep. I reached over to wake him up. He bobbed up, down in the water, he was like a kinda top. Upended. Well, he’d been bitten in half below the waist.

At noon on the fifth day, a Lockheed Ventura swung in low and he spotted us, a young pilot, lot younger than Mr. Hooper here, anyway he spotted us and a few hours later a big ol’ fat PBY come down and started to pick us up. You know that was the time I was most frightened. Waitin’ for my turn. I’ll never put on a lifejacket again. So, eleven hundred men went into the water. 316 men come out, the sharks took the rest, June the 29th, 1945.

Anyway, we delivered the bomb. 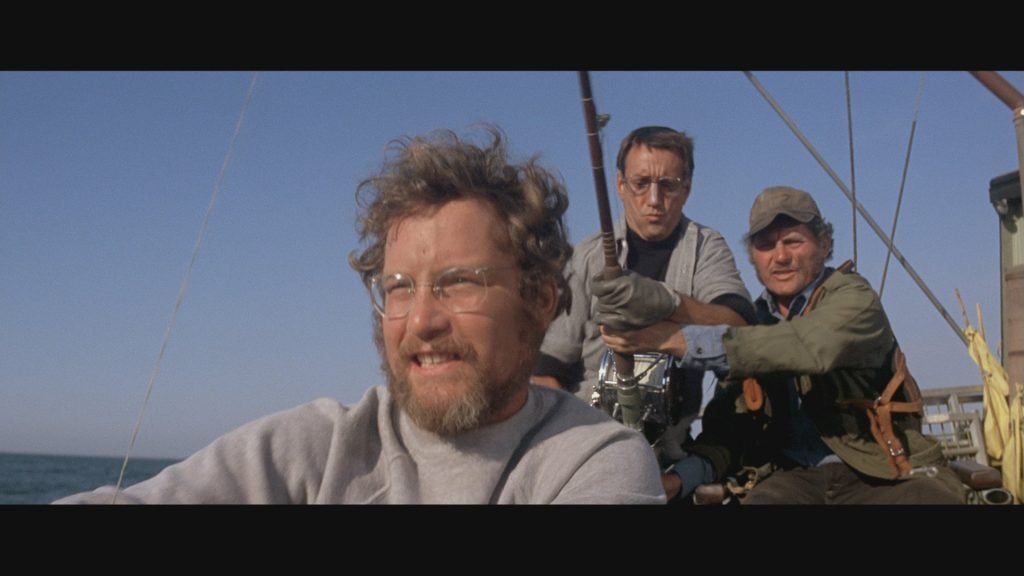 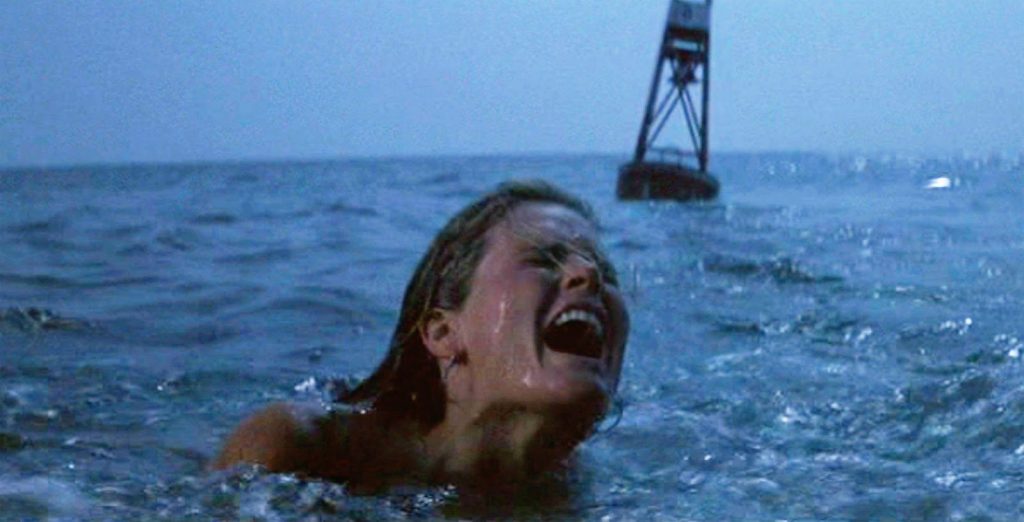 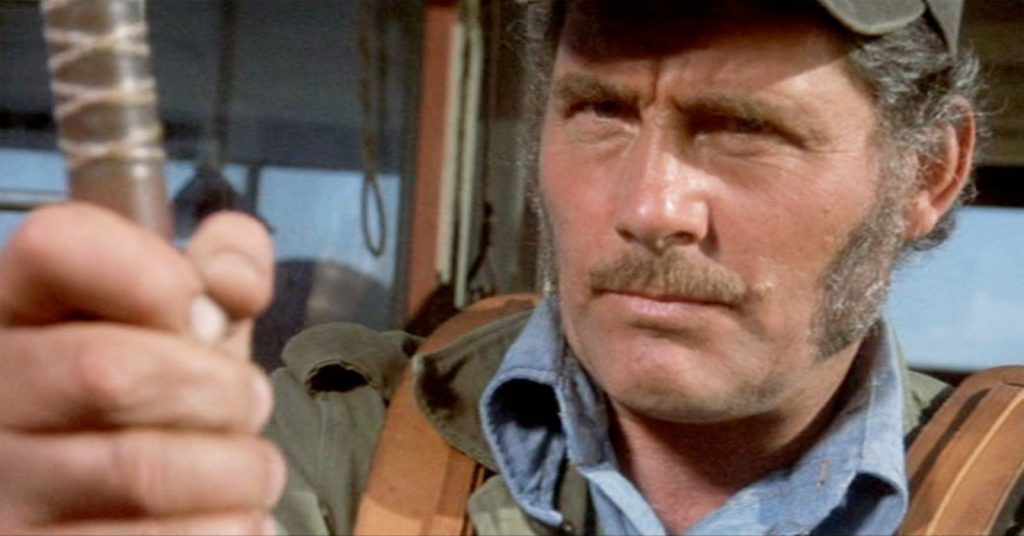 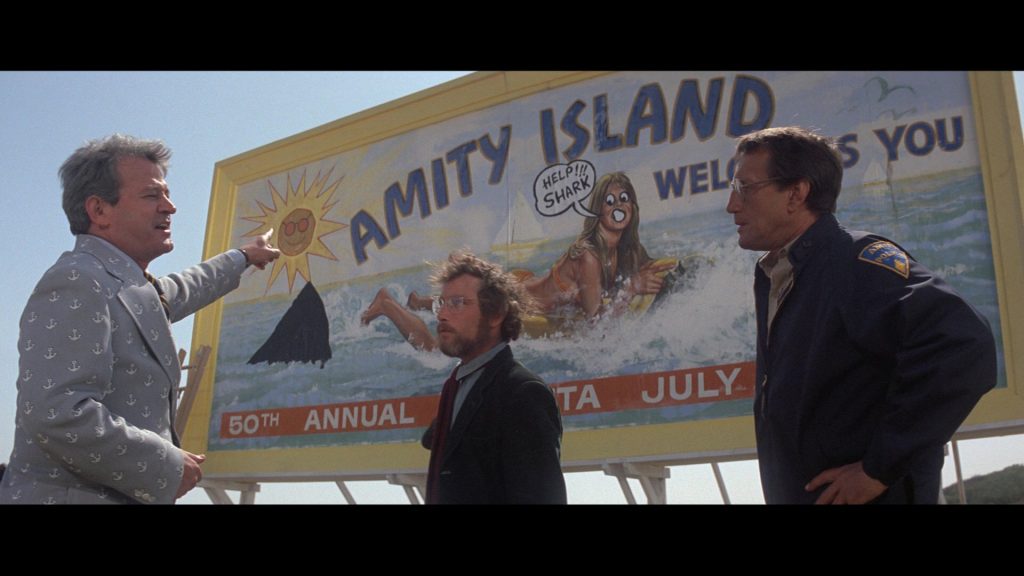 http://traffic.libsyn.com/docrotten/doh90s-04-spacegodzilla.mp3Podcast (doh90s): Play in new window | Download (Duration: 1:04:05 — 29.4MB)Subscribe: RSS“Don’t try to stop me or you’ll taste Yuki’s medicine yourself.” The King of the Monsters fights himself… […]