“Whatever got her wasn’t human.” That is not what you want to hear while locked overnight in a haunted house. Join the Decades of Horror: The Classic Era crew — Erin Miskell, Chad Hunt, Joseph Perry, and Jeff Mohr — as we brave an overnight in the House on Haunted Hill (1959). William Castle, Robb White, and Vincent Price? What’s not to like.

House on Haunted Hill is great fun and has some legitimate scares, but don’t spend too much time thinking about the plot. If you do, you might become obsessed with its holes and miss all the fun. The music by Von Dexter is suitably chill-inducing and is as good at setting the atmosphere as it is at setting the standard for horror films of its period.

Chad Hunt recounts his experience watching this in a theater that tried to duplicate Castle’s gimmick for this picture, which he called “Emergo.” Erin Miskell’s first memories of watching House on Haunted Hill are during a sleepover as a 10-year-old. Imagine the shrieks!

House on Haunted Hill treats its guests to the usual haunted house fare, including floating apparitions, mysteriously slamming doors, a hanging body, an unattached head, secret passages, a seriously scary old woman, an animated skeleton, blood dripping from the ceiling, and a conveniently placed vat of acid in the basement.

We also send out a hearty handclasp to our steadfast listener, saltyessentials for calling Decades of Horror: The Classic Era a podcast “you can’t do without.” Check out salty’s blog, which he calls Dead Man’s Brain or, what I watched last night.

We plan to release a new episode every other week. The next episode in our very flexible schedule is The Univited (1944), hosted by Chad Hunt. 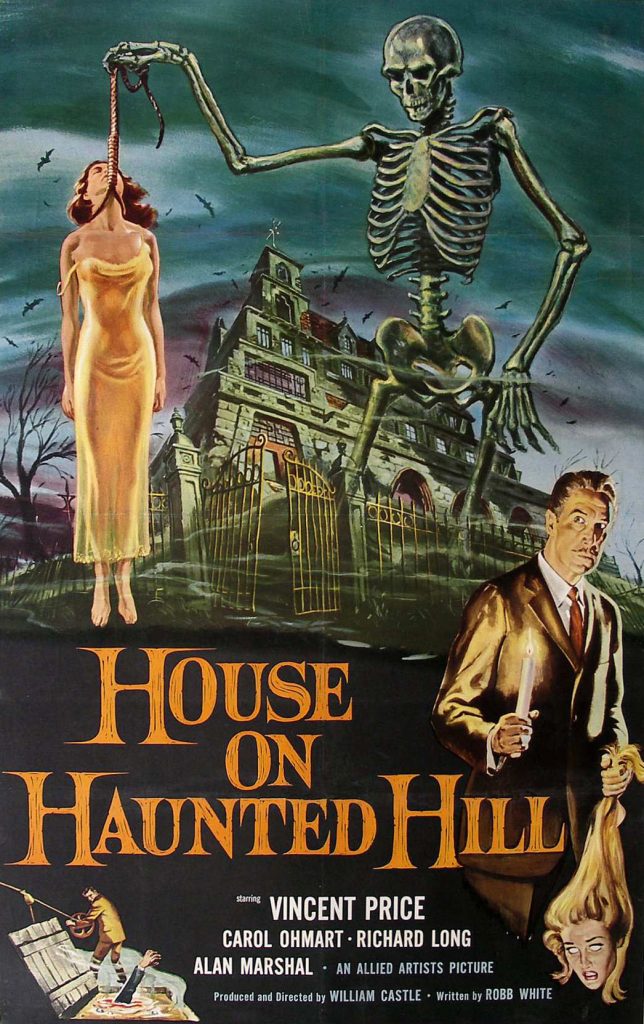 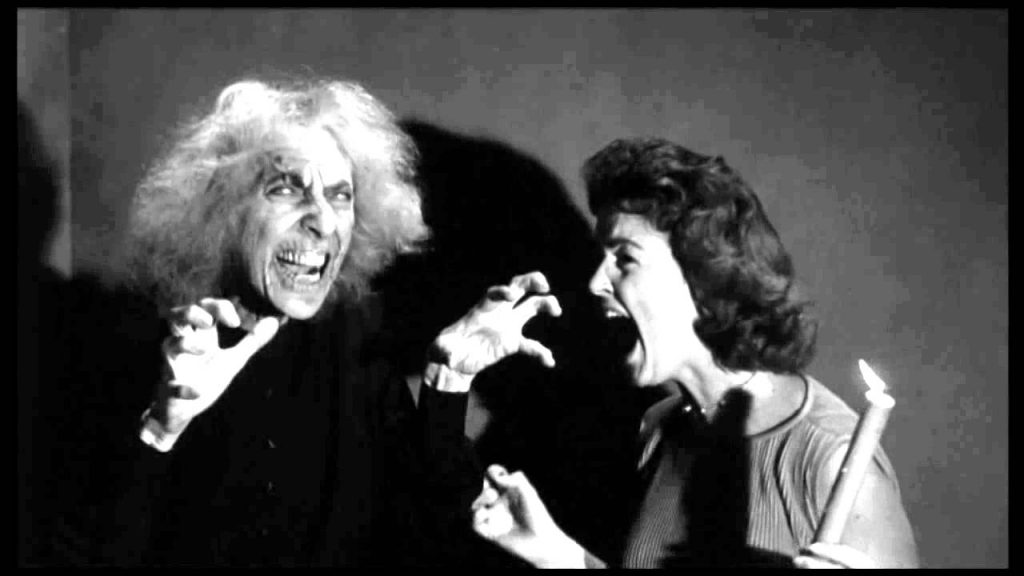 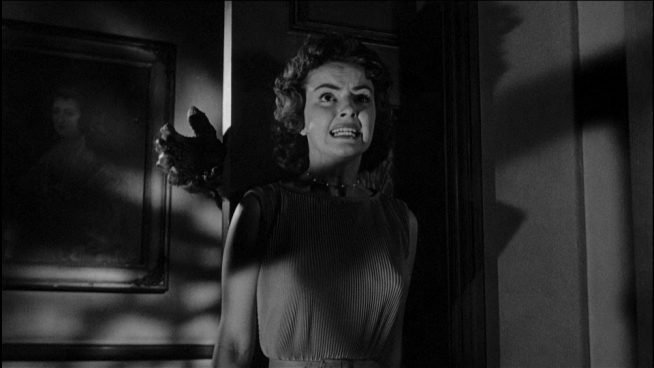 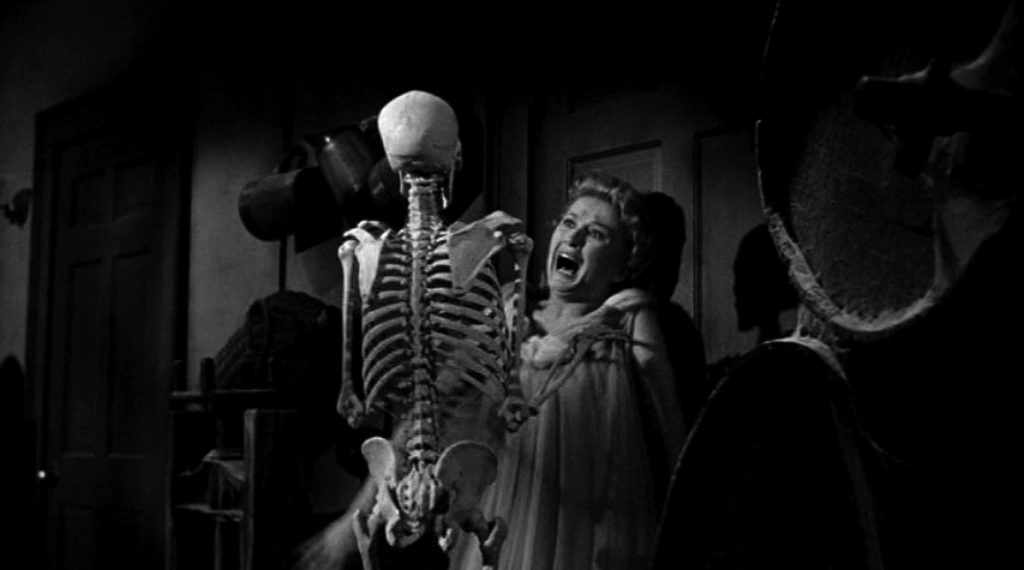 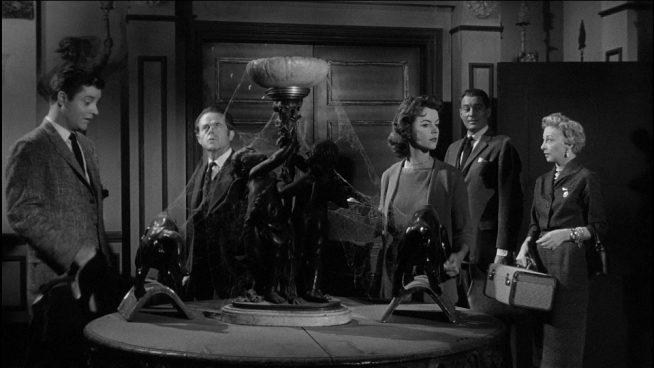 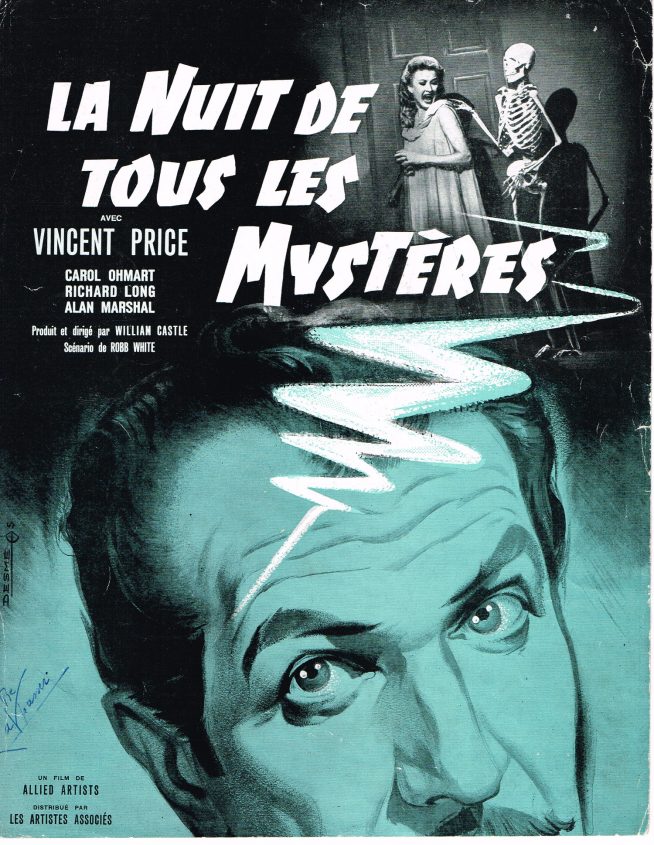