Guardians of the Galaxy  (2014) strikes gold at the box office. The risk pays off and Marvel has another huge hit. But what do the HNR grue-crew think of it? Will Dave finally like a super-hero movie?

Dave  shares  the horror news of the week with the sad announcement of the passing of legendary make-up effects artists Dick Smith along with bits about  Ghostbusters 3  and  Z-Nation. Dave also joins Doc in a mini-review of SyFy’s  Sharknado 2: The Second One.

Co-hosts  Doc Rotten,  Santos (The Black Saint) Ellin Jr.,  Dave Dreher,  Thomas Mariani and Vixen, the voice of reason, are back again this week to give you the best in horror as they recap, review and obliterate all that is horror this week!  There’s still time to enter for a chance to win Anchor Bay’s  The Midnight Game.

Guardians of the Galaxy  (2014)
James Gunn is an mother flippin’ genius – he has infused an obscure Marvel property,  Guardians of the Galaxy, with his unique brand of humor and comedic tone and created the best space opera to light up theaters since Star Wars. The film is all kinds of awesome and the grue-crew share their favorite moments, their most loved characters and most cherished songs included in the film’s sound track. WE ARE GROOT! 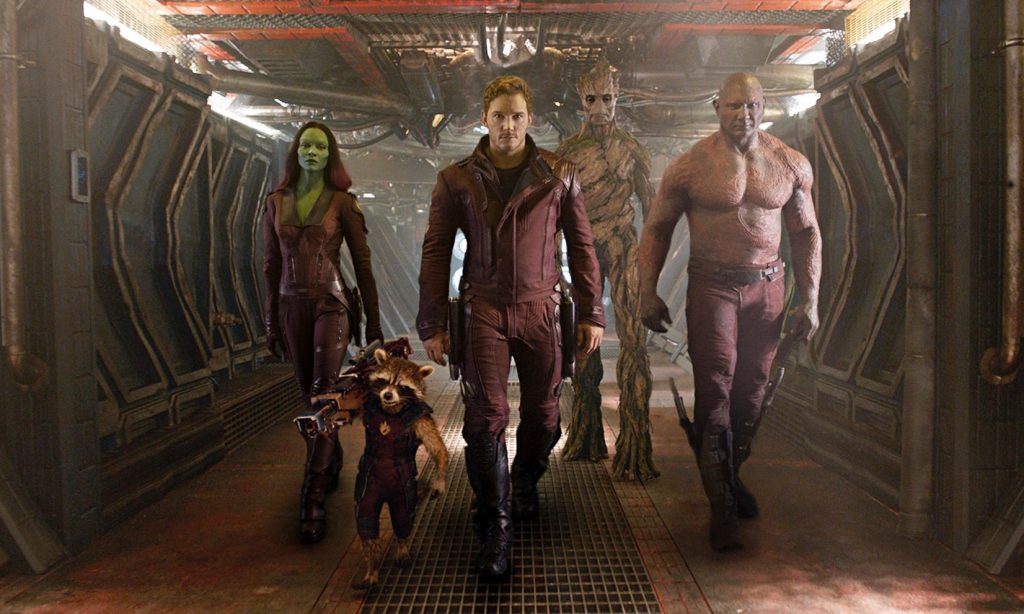 Horror News of the Week for 07/28/2014
Dave Dreher  shares the Horror News of the Week beginning with news of the movie industry losing one of the true greats, R.I.P. Dick Smith. Universal is starting to ramp up its fusion of horror icons and Marvel-style universe building with a remake of  The Mummy  helmed by Alex Kurtzman.  Texas Chainsaw Massacre  is back with a 40th anniversary 4 disc “Black Maria” edition.  Ghostbusters 3  remains in the news with hints that it may become and all-female cast. SyFy launches its  Z-Nation  media assault with the release of upcoming zombie TV  show’s trailer.

Contest: Anchor Bay DVD giveaway of The Midnight Game
The Black Saint provides the trivia question for Anchor Bay’s DVD giveaway of  The Midnight Game  coming out August 12, 2014. Anchor Bay is teaming up with Horror News Radio to give away two copies of the film. Check out http://horrornewsradio.com/trivia-midnightgame for details. Contest ends midnight, August 10, 2014 and is open to US residents only. Good luck!