All Cheerleaders Die  surprises the grue-crew mixing witchcraft and zombies with a fun, gory horror romp. The film is out on VOD as of May 8, 2014 from writers/directors Lucky (May) McKee and Chris (I Know Who Killed Me) Sivertson featuring Caitlin Stasey, Sianoa Smit-McPhee, Brooke Butler and Thomas Williamson. The films is out on theaters June 13, 2014.

Dave ramps up the news of the week with bits about  American Horror Story: Freak Show,  Cannibal Holocaust  and NBC’s  Constantine. Doc steps in with the Top 5 Godzilla Films featuring King Kong, Mecha-Godzilla and Hedora, the Smog Monster.

Co-hosts  Doc Rotten,  Santos (The Black Saint) Ellin Jr.,  Dave Dreher,  Thomas Mariani and Vixen are back again this week to give you the best in horror as they recap, review and obliterate all that is horror this week!   The Black Saint’s Horror Trivia Contest continues this week with the Insight Editions’ latest book  Godzilla: The Art of Destruction. We also have winners of the Anchor Bay Entertainment Blu-Ray Giveaway:  Mr. Jones.

All Cheerleaders Die (2014)
While the grue-crew agree the proceedings take a while to kick into action,  All Cheerleaders Die  is a blast giving the show one its most evenly keeled ratings yet. The story surprises with its mix of magic and supernatural and the actors really liven up the film, especially Sianoa Smit-McPhee and Tom Williamson. Santos reveals from an interview he had with the creative team of McKee and Sivertson that a trilogy is planned, for which Santos and Doc are immediately anticipating. Check out the discussion and the film.

Horror News of the Week for 05/12/2014
Dave Dreher  shares the Horror News of the Week beginning with news of NBC’s  Constatine  getting picked up for a full season and premiering a kick-ass trailer for the show. Next up Dave turns Vixen’s stomach with the announcement of the  Cannibal Holocaust  deluxe Blu-Ray. Everyone is excited about the promise of the fourth season of Ryan Murphy’s and Brad Falchuk’s hit horror show,  American Horror Story: Freak Show. The idea of a killer clown that kills clowns much like Dexter is awesome news. Stephen King’s  Mr. Mercedes  already has a film deal, this surprises no one. James Wan is sharing via Twitter that Leigh Whannell is the director of  Insidious: Chapter 3.

Insight Editions Book Giveaway – Godzilla: The Art of Destruction (2014)
Horror News Radio is teaming up with  Insight Editions    to provide a monster book giveaway for their film  Godzilla: The Art of Destruction.  The book launches May 13, 2014.  Entries will be accepted until Midnight (Eastern Standard Time), May 25, 2014. All you need to do is complete the The Black Saint’s HNR Horror Trivia Question at this address:  http://horrornewsradio.com/trivia-godzilla. The book giveaway is open to US addresses only.

Anchor Bay Entertainment Blu-Ray Giveaway – Mr. Jones (2014)
Horror News Radio is teaming up with  Anchor Bay Entertainment  to provide a killer DVD giveaway for their film  Mr. Jones  (2014) from director  Karl Mueller featuring Sarah Jones and Jon Foster. The film launches May 6, 2014 on VOD and Blu-Ray. We have our winners: Kristin Theckston from New Jersey and Bill Cassinelli from Maine. Congratulations! 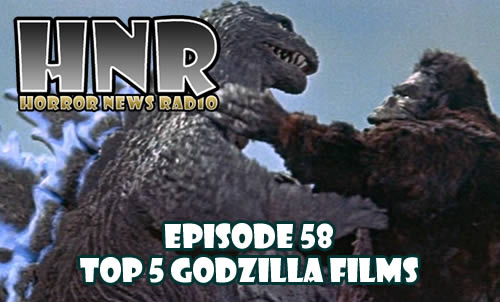 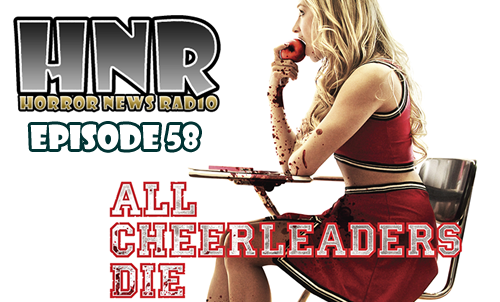 The Dead 2  (2014)  is not only the swag in the prize pack from Anchor Bay Entertainment in this week’s trivia contest, it is also the topic of this week’s […]