Cheap Thrills (2013)  from director  Joe Lynch has the grue-crew in stitches and sweat. It is gruesome and funny – and thought provoking. The Black Saint admitting it is one of the best films he has seen in some time and Thomas liking it even more.  Pat Healy, Ethan Embry, Sara Paxton and  David Koechner star in this  comedy thriller.

Dave Dreher returns to Horror News Radio to provide this week’s Horror News of the Week giving the group an opportunity to weigh in on the season 4 finale of  The Walking Dead. It is a heated discussion to whether the last show of the zombie hit until October is a success or a utter failure.

Co-hosts  Doc Rotten,  Santos (The Black Saint) Ellin Jr., and  Dave Dreher  are back again this week to give you the best in horror as they recap, review and obliterate all that is horror this week! Starting this week is a new segment, The Black Saint’s Horror Trivia Contest where one lucky listener will receive the  eOne Films Blu-Ray Prize Pack Giveaway:Knights of Badassdom.

Cheap Thrills (2013)
If nothing else,  Cheap Thrills  has something to say about the value of the dollar, what a desperate man will do to earn enough dough to pay his rent, support his family, to find just an ounce of security – not matter how fleeting. Pat Healy plays Craig who is in danger of being evicted from his home, along with his family, and loses his job – all in one short, depressing day. When he and his friend encounter a strange wealthy essentric couple, joining them on a night of drinking, drug and dangerous games, the wager get violent when it comes to … well, that would be telling. The grue-crew eagerly dive into this terrific film to discuss its surprises, gore and goofball humor.

Horror News of the Week for 03/31/2014
Dave Dreher returns to share the Horror News of the Week beginning with the Season 4 finale of AMC’s  The Walking Dead. Then he shares the sad news of the death of  GWAR  lead singer, Dave Brockie as the age of 50. NBC gives the thriller Charles Mansion based series,  Aquarius  featuring David Duchovny, a green light. This week’s biggest surprise is the sudden announcement and trailer for  Phantasm V: Ravager. Dave wraps up the news with the news of just how they will explain Arnold Schwarzenegger’s age in  Terminator: Genesis.

eOne Films Blu-Ray Prize Pack Giveaway – Knights of Badassdom
Horror News Radio is teaming up with  eOne Films  to provide an awesome Blu-Ray Prize Pack featuring the film  Knights of Badassdom, currently out on VOD and DVD (as of April 2, 2014). The film is from director Joe Lynch and it features Ryan Kwanten (True Blood, Dead Silence), Steve Zahn (Joy Ride) and Peter Dinklage (Game of Thrones, X-Men: Days of Future Past).  If you live in the U.S. (sorry U.S. only), you have until Midnight April 13, 2014 to get your name in the hat. Please check out the details here:  horrornewsradio.com/trivia-badass. 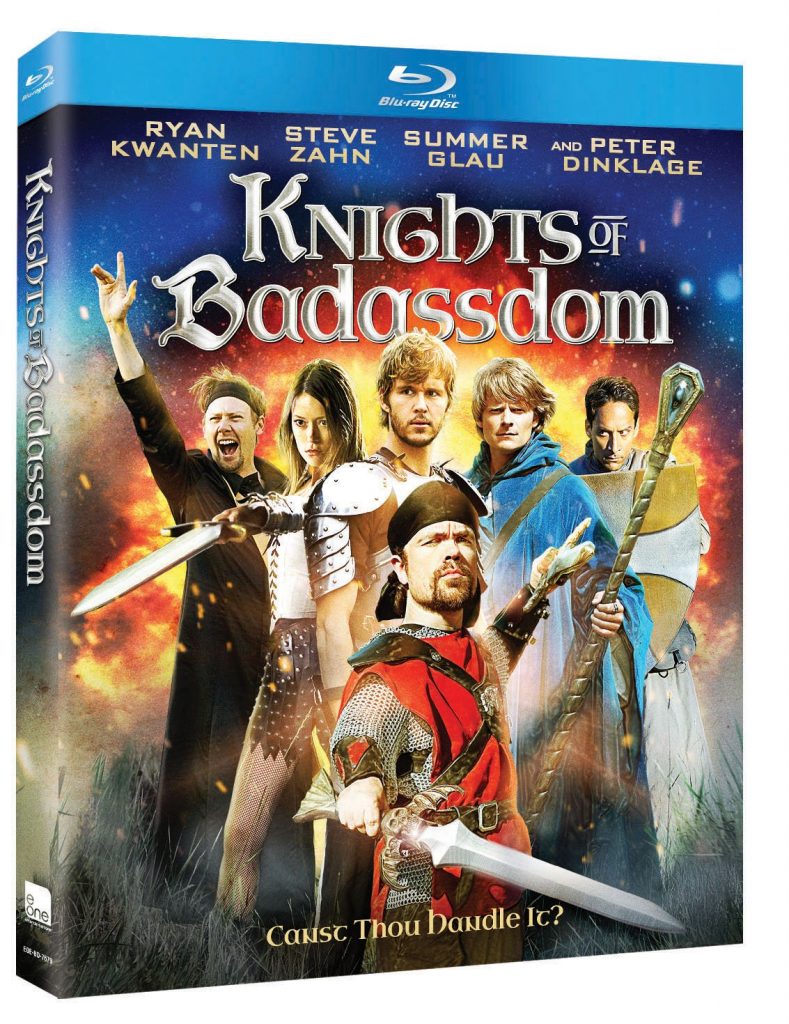