Honeymoon  (2014)  spins the tale of a pair of newly weds heading to a mountain cabin for a week of bliss but discover something terrifyingly horrible instead. The Black Saint discovers a temporary cure for insomnia. Dwerp!

Dave (scratch that, Thomas) shares  the horror news of the week  with news of remake after remake after remake. Doc subjects the entire cast to the premiere of Z-Nation on SyFy for this week’s What Have You Been Watching segment.

Co-hosts  Doc Rotten,  Santos (The Black Saint) Ellin Jr.,  Dave Dreher,  Thomas Mariani and Vixen, the voice of reason, are back again this week to give you the best in horror as they recap, review and obliterate all that is horror this week!  This week we announce that it is  time to enter for a chance to win a copy of the Hannibal Season 2 DVD.

Honeymoon  (2014)
This week’s main release is the slow-burn horror film from director Leigh Jeniak starring  Rose Leslie (Game of Thrones) and Harry Treadaway (Penny Dreadful). Some of the film works, some of it does not. The last 15 minutes of Honeymoon  are mind bending WTF, then the ending happens. 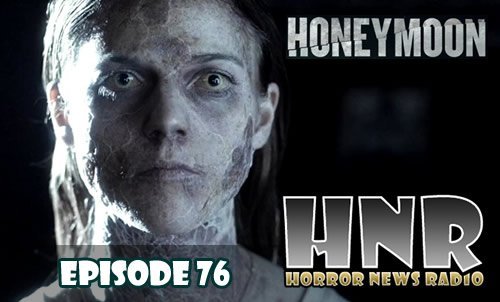 What Have You Been  Watching:  Z-Nation
Doc hears an earful from the grue-crew for insisting that they all watch the premiere episode of SyFy’s Z-Nation. All but Doc and Dave tear into the show calling it disposable and terrible. Thomas does confess, however, his did enjoy the zombie baby. Citizen Z, however, not so much. 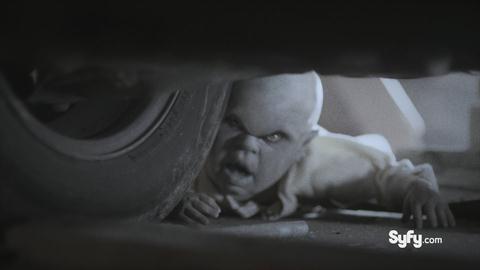 Horror News of the Week for 09/15/2014
An interrupted internet connections prevents Dave Dreher from doing the news this week, so Thomas steps in to share the Horror News of the Week beginning with news of the remake of The Town that Dreaded Sundown from Orion. That’s right, Orion has returned! Better remakes news is the announcement that  Simon Barrett and Adam Wingard are tackling I Saw the Devil. Still more remake news with information about the second stab at I Saw What You Did Last Summer.  Blumhouse (Jason Blum), Tony Krantz (NBCs Dracula), Endemol Studios (Hell on Wheels) and Radio Silence are set  to create a horror/sci-fi anthology 10 episode series for NBC. And if Tusk is not strange enough for you, it also becomes the first film to officially have a medical  marijuana tie in.

Contest: Lionsgate Home Entertainment DVD  giveaway of Hannibal Season 2.
The Black Saint provides the trivia question for Lionsgate Home Entertainment’s DVD  giveaway of  Hannibal Season 2  out  now. Thank to The Black Saint,  Horror News Radio as a copy to give away. Check out  http://horrornewsradio.com/trivia-hannibal  for details. Contest ends midnight, September 28, 2014 and is open to US residents only. Good luck!

Contest: Anchor Bay Blu-Ray  giveaway of  The Dead and The Dead 2
We have a winner! Congratulations to  Jayme Isaacs  who will receive a copy of  both  The Dead  &  The Dead 2  Blu-ray from Anchor Bay Entertainment.