“In the midst of a mountain blizzard, I have experienced a terrifying incident unparalleled in human history. At the very moment we were about to die, I clearly saw the monster with my own eyes . . .” These words are read from the journal of a dead man who had come face-to-face with a half-man, half-beast monster living in the mountains of Japan. Join the Decades of Horror: The Classic Era crew — Erin Miskell, Chad Hunt, Joseph Perry, and Jeff Mohr — as we  discuss the hard to find, third film of the Toho Company, Half Human, aka JÃ» jin yuki otoko.

Directed by tokusatsu legend IshirÃ´ Honda, Half Human tells the story of a group of student mountaineers (Akira Takarada, Momoko KÃ´chi) and their professor (Nobuo Nakamura) searching for two friends lost in a blizzard during the previous winter. Watching the students’ every move is a ruthless animal broker (Yoshio Kosugi) and his band on the hunt for the creature rumored to live in the mountains. The monster’s den is in a mountain cave and where he is worshipped by the local indigenous people, led by a Grand Elder (Kokuten KÃ´dÃ´). As the students and the animal broker’s gang get closer to their quarries, they begin to clash, having a devastating effect on the monster and the tribal people.

Half Human has been banned by Toho for years and none of your faithful Grue Crew could find a high-quality copy. Possibly aligned with the forced unavailability of the film, we all had mixed feelings about Half Human. We all condemned the way the indigenous tribe is portrayed and the treatment doled out to Chika (Akemi Negishi) as she receives beatings from the Grand Elder and the other men of the tribe. For the most part, we all appreciated the special effects by Eiji Tsubaraya, another tokusatsu legend, especially the adult monster design. While we can’t unreservedly recommend Half Human, it is the third monster film from Toho and many listeners will recognize the actors from other Toho productions. It also has its place as an example of the discrimination of a people and abuse of women in the world over sixty years ago.

On the other hand, there is no reason to seek out the U.S. version unless you love the sound of John Carradine’s legendary voice. The American version, released in 1958, has had roughly half the original footage removed and replaced by a much smaller combination of scenes of Carradine sitting in his stateside office narrating the story to two colleagues. If you’re going to watch it, watch JÃ» jin yuki otoko instead.

We also have some great listener feedback this episode from Rafael Fernandez and our old friend  salty-essentials Listen and you might just find out which of us does the funny voices.

We plan to release a new episode every other week. The next episode in our very flexible schedule is House on Haunted Hill (1959), hosted by our resident Vincent Price fangirl Erin. 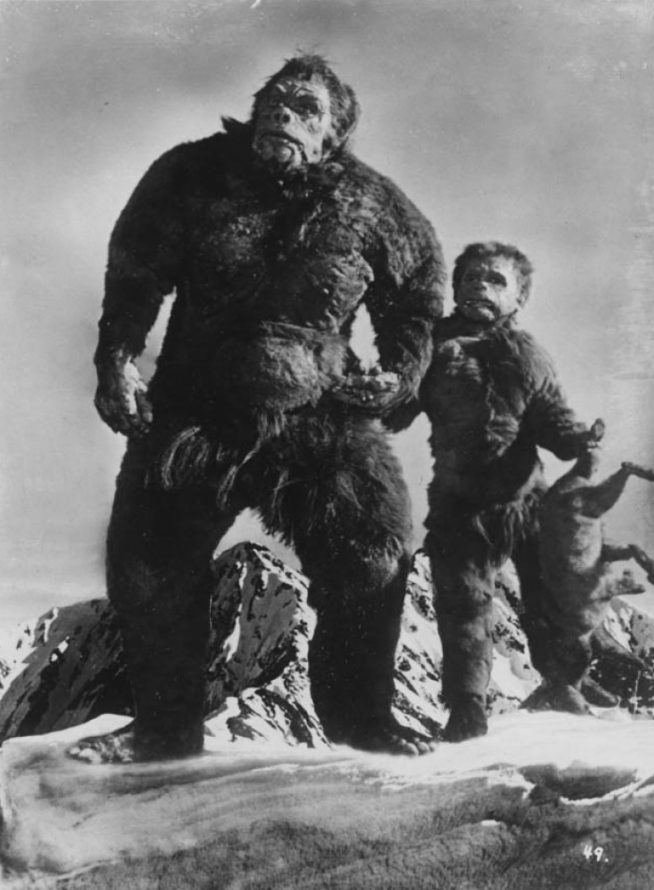 Beginning in 2014, Santos Ellin Jr (The Black Saint) and Doc Rotten travel back in time to the 1970s to revisit, recap and review all their favorite classics – and […]

https://traffic.libsyn.com/secure/docrotten/DoHTCE-78-MurdersInTheZoo-20200719.mp3Podcast (dohclassic): Play in new window | Download (Duration: 1:26:16 — 39.7MB)Subscribe: RSS“You don’t think I sat there all evening with an eight-foot mamba in my pocket?” No, she thought […]