“When a man’s jawbone drops off it’s time to reassess the situation,” a declaration from Judge  (John Astin) that says it all. No, you’re not the only one seeing ghosts and haunted houses in your small town. So is Thomas Mariani as he brings you another trip  into the horror filled decade that is the 1990s.

Right at the crossroads between his low budget splatstick films and his massive budgets epics, director Peter Jackson gave us the perfect crossover of aesthetics with The Frighteners. While not a hit at the time, the film  gave Peter Jackson his chance to adapt The Lord of the Rings. Sure, this couldn’t be more different from the story of Hobbits trying to stop evil, but The Frighteners showed off the technical gumption that would be necessary for tackling Middle Earth. The story of Frank Bannister (Michael J. Fox), a private investigator who can communicate with ghosts, trying to stop a mysterious string of murders that might be supernatural is one filled with equal parts horror and comedy. Bannister and his ghost pals – including former gangster Cyrus (Chi McBride) and Judge (John Astin) – try to con people into paranormal investigation jobs, but can they truly fight against  mortal enemies like Milton Dammers (Jeffrey Combs) or  the ghostly Reaper?

Joining Thomas to discuss all the laughs and frights is another new voice outside of The Grue Crew for everyone to hear. His name is Jordan Worth Cobb, a filmmaker and writer who loves Jackson’s odd take on the supernatural.  Together, they talk about the still impressive effects work, the gorgeous horror atmosphere and the underrated acting chops of Michael J. Fox. If you’re curious to hear more from Jordan, you can check out his twitter @JoWoCo  and his writing on Don’t Hate The Geek for all his pop culture thoughts. 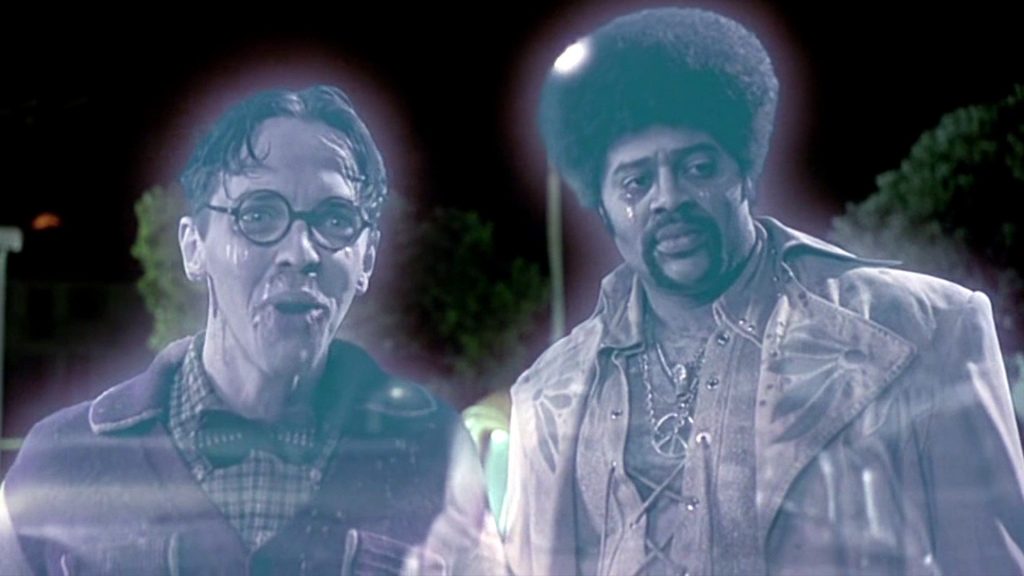 http://traffic.libsyn.com/docrotten/DOH_70s_Eps001_TheIncredibleMeltingM.mp3Podcast: Play in new window | Download (Duration: 45:27 — 26.4MB)Subscribe: RSSWelcome to the first episode of the  Decades of Horror 1970s  podcast with your hosts The Black Saint and […]