Airport from 1970 was not the first “disaster film” but it was a monster box office hit that ignited a series of disaster films throughout the Seventies until the spoof Airplane (1980) would put it all to rest 10 years later. With the release of San Andreas (2015), Decades of Horror ’70 takes a look at four of the major shakers and movers in this star studded sub-genre: Airport (1970), The Poseidon Adventure (1972), Earthquake (1974) and The Towering Inferno (1974). The Black Saint and Doc Rotten tackle another groovy horror film from the 1970s.

The Black Saint and Doc Rotten celebrate the decade of disaster by looking at the big four. Starting with Airport, the take a quick look as the box office, the filming and the cast all the way to The Towering Inferno. The films remain  influential and are  remarkable in how they hold up after all these years. What makes them so incredible? Is it the nature of the sub-genre? Is it the incredible cast that include a string of Hollywood greats from their time? Check out the famous faces these films include, Burt Lancaster, Dean Martin, Helen Hayes, Gene Hackman, Shelley Winters, Red Buttons, Ernest Borgnine, Charleton Heston, George Kennedy, Faye Dunaway, Paul Newman and Steve McQueen. Big special effects, sprawling soap opera conflicts and sensurround. Hold tight, The Black Saint and Doc Rotten are here to rescue you. “Linda! My Linda!” – Ernest Borgnine, The Poseidon Adventure.

Irwin Allen steps into the disaster film ring with The Poseidon Adventure in 1972 with perhaps the best of all disaster films. The film is based on the novel  Paul Gallico and is directed by  Ronald Neame. The cast is phenomenal staring  Gene Hackman, Ernest Borgnine, Red Buttons, Carol Lynley, Roddy McDowall, Stella Stevens, Shelley Winters, Jack Albertson, Pamela Sue Martin, Arthur O’Connell, Eric Shea and  Leslie Nielsen. The film would earn the  Best Original Song Academy Award for  “The Morning After” and the  Special Achievement Award for Visual Effects.  Released on December 13, 1972 with a budget of $5  million, it grosses over $90  million.

Mark Robson directs the original screenplay from  George Fox and Mario Puzo presenting what would be advertised as “An Event…” film. Known for being presented in sensurround, Earthquake stars  harlton Heston, Ava Gardner, George Kennedy, Lorne Green, Genevieve Bujold, Richard Roundtree, Marjoe Gortner, Barry Sullivan, Lloyd Nolan, Victoria Principal and Walter Matthau (as Walter Matuschanskayasky). It wins the Academy Award for Best Sound and the  Special Achievement Award for Visual Effects.  Released on November 15, 1974 with a budget of $7 million, it grosses over $75 million. 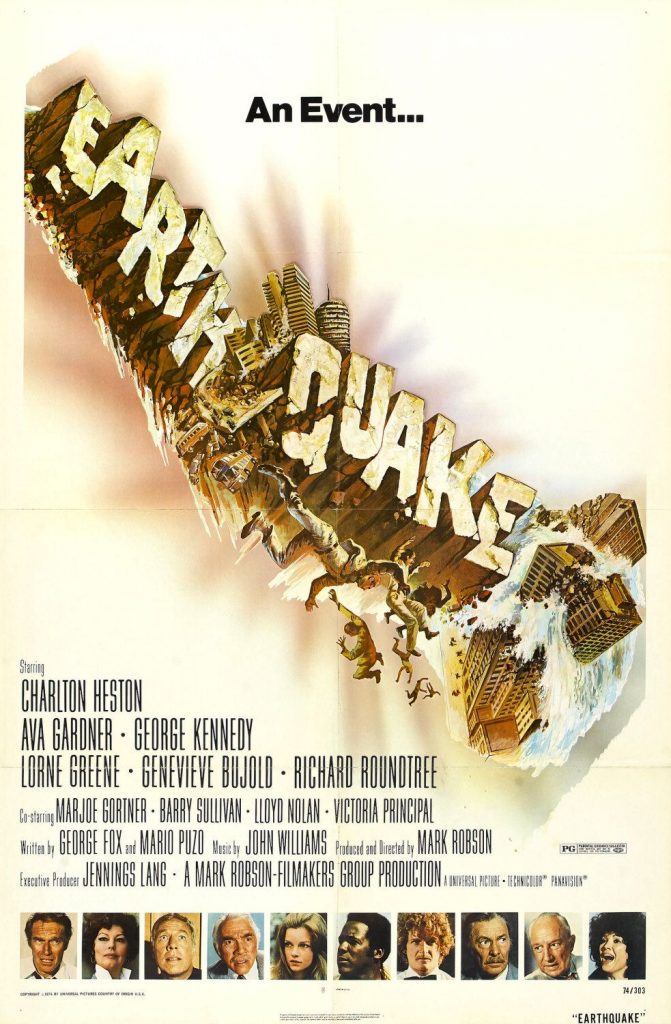 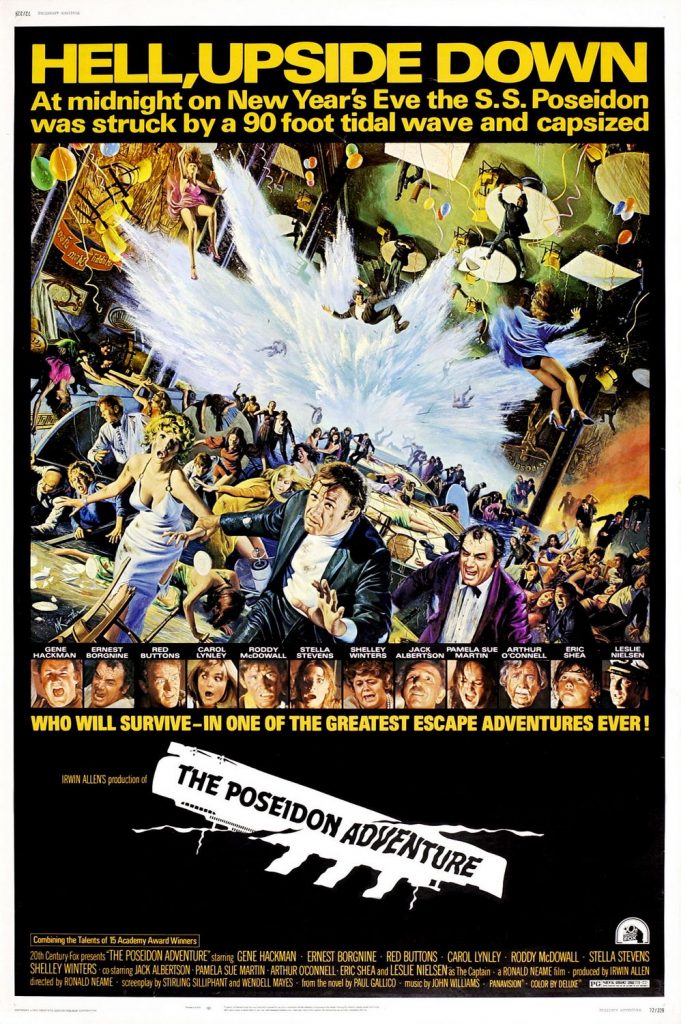 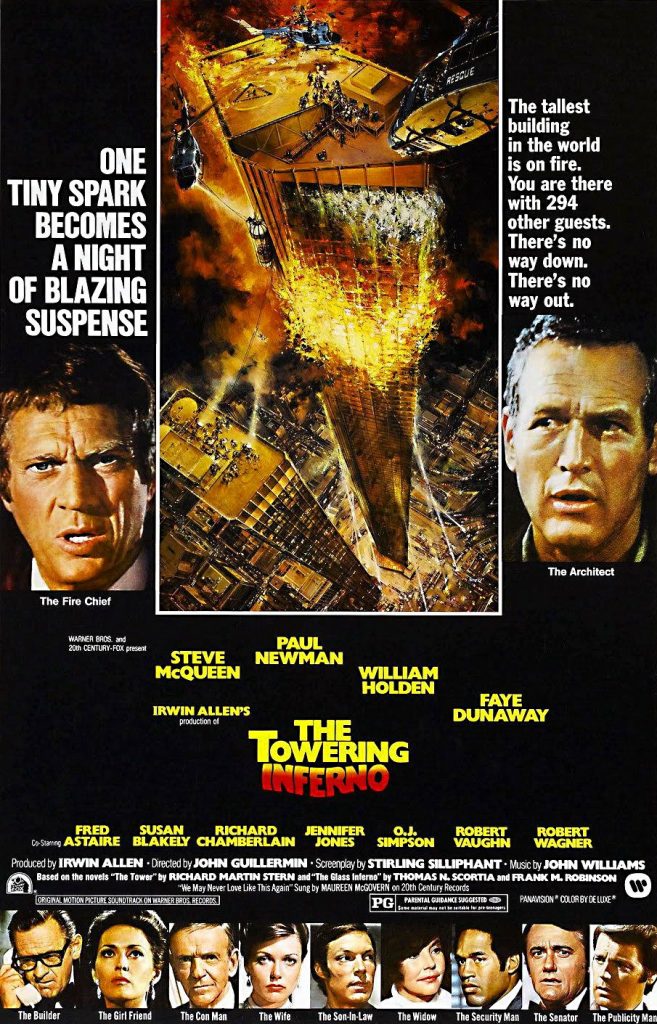 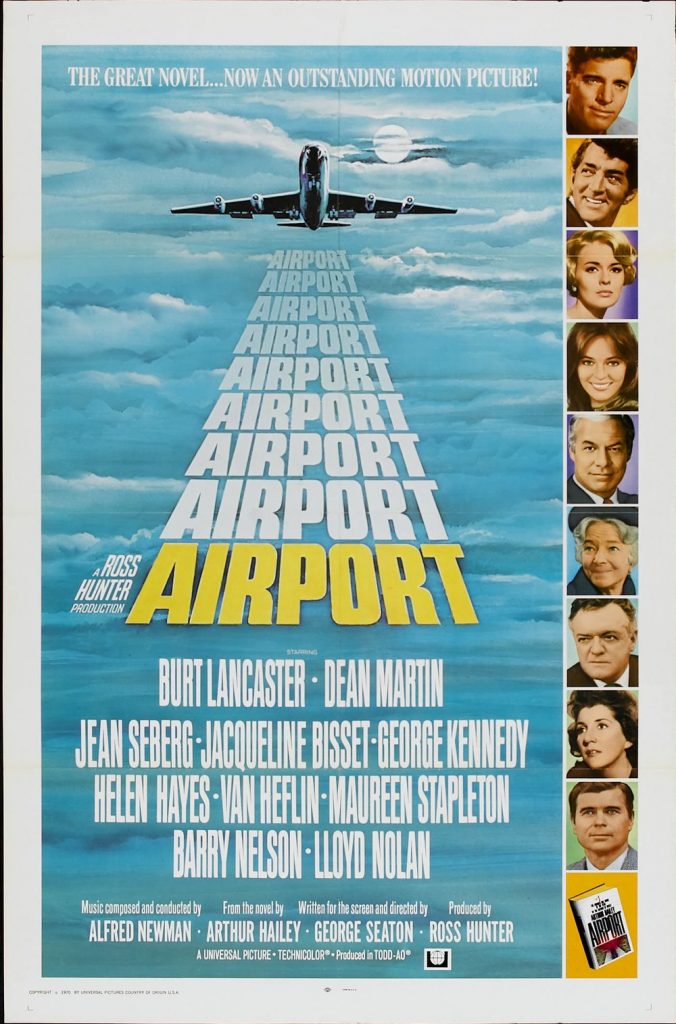