Who knew Dracula had a lake? Join your faithful Grue Crew – Doc Rotten, Chad Hunt, Bill Mulligan, and Jeff Mohr – as they go for a swim in Lake of Dracula (1971) volume two in Toho’s legendary vampire trilogy.

At one time, because it was so hard to get, Toho’s Legacy of Dracula trilogy was thought of as a holy grail by fans of Toho and vampire movies. Through the wonders of the world in which we live, all three films are available via streaming sources and as Arrow Video Blu-rays, repackaged as The Bloodthirsty Trilogy: Vampire Doll (1970), Lake of Dracula (1971), and Evil of Dracula (1974).

Written by Ei Ogawa and Masaru Takesue, Lake of Dracula (the middle volume in the trilogy directed by Michio Yamamoto), tells the story of a Japanese descendant of Dracula in search of women to serve as his “brides.” Owing to the film’s title, it comes as no surprise that he hunts these women on the shores of a lake. The action soon moves to the vampire’s secluded home, a castle that looks curiously European, and an all-out battle ensues between one of the women’s boyfriends and Dracula’s descendant.

Of course, the Grue Crew was excited to see Lake of Dracula and, it should again be no surprise, Bill is the only one to have previously viewed Lake of Dracula. Even so, he was excited to see a visually improved version. Everyone thought the film looked very much like what you would expect a Japanese version of a Hammer Film to look like. Bill surfaced several logic flaws in the story and the lack-of-depth of the characters but loved the look of the film. The somewhat plodding and visually muted early portions of the film were a distraction to Doc and Chad. However, Doc thought the final fight sequence was one of the better vampire battles he’d seen, and Chad thought the vampire himself (Shin Kishida) was the best part of Lake of Dracula. Jeff probably liked the film the most but couldn’t argue against the existence of the plot flaws and the generally lackluster early portion of the film. His judgment was understandably clouded by his infatuation with the porcelain-faced vampire bride. The entire crew agrees, whatever you do, don’t miss the scene with the crescent wrench-wielding KyÃ»saku (Kaku Takashina). It defies … logic? Or physics? Or surely, something?

Even though Lake of Dracula is not the best vampire movie you will ever see, it is definitely worth watching for the place it holds in horror history as Toho’s contribution to vampire film canon and its unique take on vampire lore.

We want to hear from you — the coolest, grooviest fans: leave us a message or leave a comment on the site or email the Decades of Horror 1970s podcast hosts at docrotten@decadesofhorror.com. 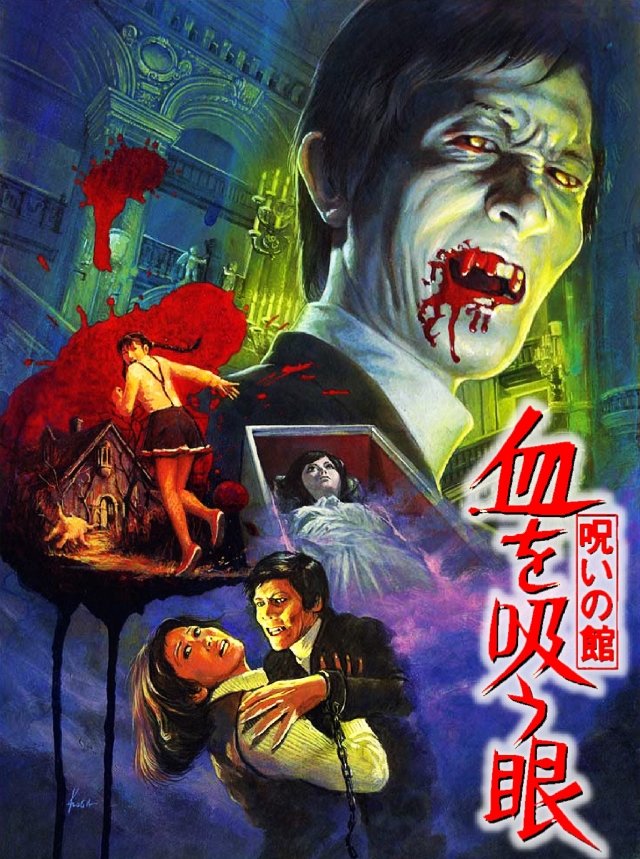