“OOH! HEE! HAA! EEEEH!”  Amilyn (Paul Reubens) has some pretty elongated death rows. All thanks to the titular vampire killer  Buffy The Vampire Slayer  (Kristy Swanson), who has to stake vamps ON A SCHOOL NIGHT?! Yes, instead of attending the senior dance,  Buffy  must contend with the dark forces of blood sucking evil. With the help of Merrick (Donald Sutherland), a Watcher who is sent to help train the young girl in the ways of destroying evil. Said evil includes Amilyn’s master Lothos (Rutger Hauer), a vampire out to destroy all Slayers. How can young  Buffy  juggle her new responsibilities and still have time to be with the young hunk Pike (Luke Perry)? Decades of Horror is here to fill you in!

Buffy  is a bit of a sore spot for writer Joss Whedon. After getting his start writing sitcoms, Whedon’s script about a high school cheerleader fighting vampires was picked up by 20th Century Fox. Unfortunately, he was not a fan of the final result. Claiming it took his dark script and turned it into too fluffy a comedy, Whedon went on to turn sequelize his script into a TV show that started in 1997. That show became a massive cult success, creating the cult fame that would lead to Whedon getting gigs making Avengers  movies. Yet, seeds of that style are sewed into the fabric of this early work. For example, the valley girl talk would segue into Buffy Speak, the awkward vernacular everyone in Whedon’s writing talks in.

Here to talk all things  Buffy  in their own vernacular  are Thomas and his own Scooby Gang Jordan Cobb  and Caitlin Turner. All being fans of the TV show, rewatching the movie is a bit rough. There are questions about many changes. Why is Buffy‘s mom so distant? What is up with the lazy wardrobe? Did Donald Sutherland give a single damn about anything? Still, there’s plenty of things to praise, mainly surprising turns from Kristy Swanson & Luke Perry and the comedic highlights of Paul Reubens and Stephen Root. Of course, the show and its spin off  Angel  are also discussed in detail as the three mention their favorite episodes, biggest tear jerking moments and reasonings why Joss Whedon is so damned beloved as a creator. Don’t worry. They get back to the movie… eventually. 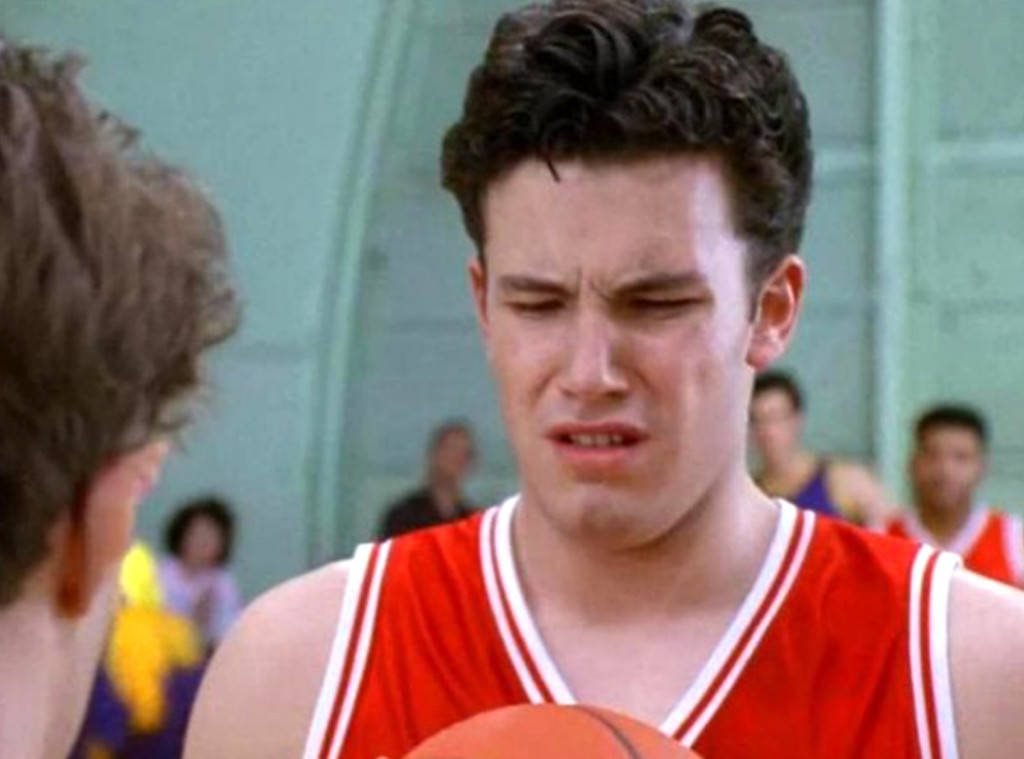 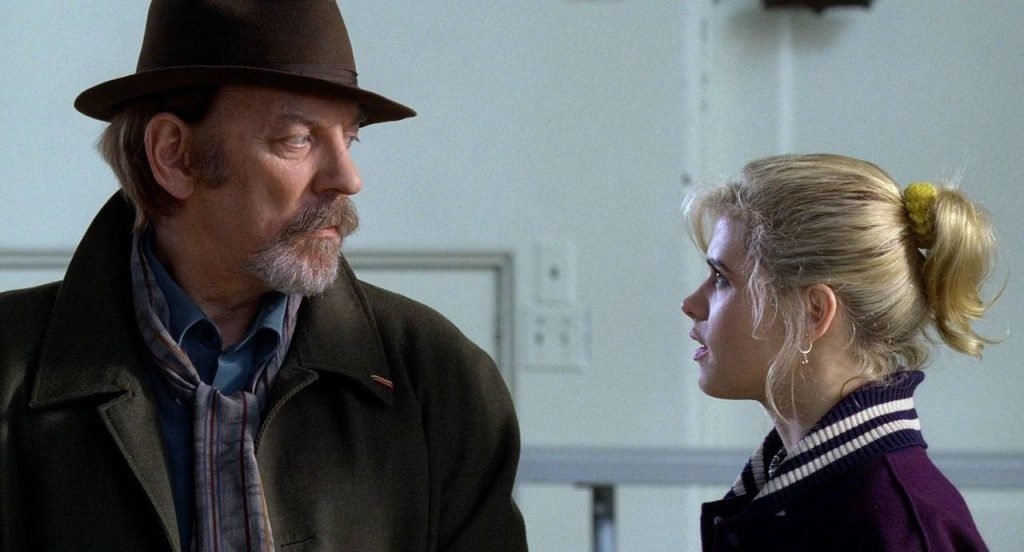 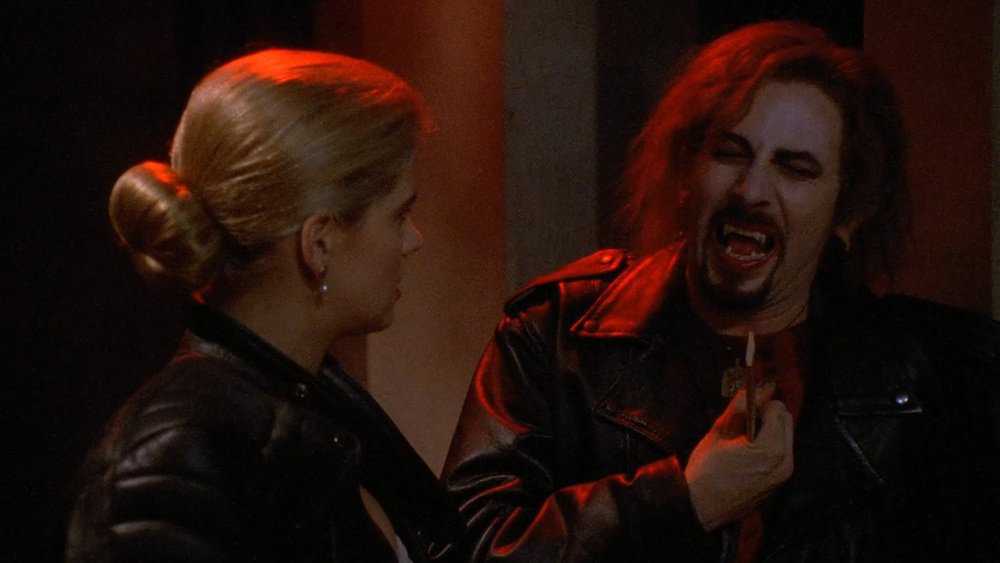 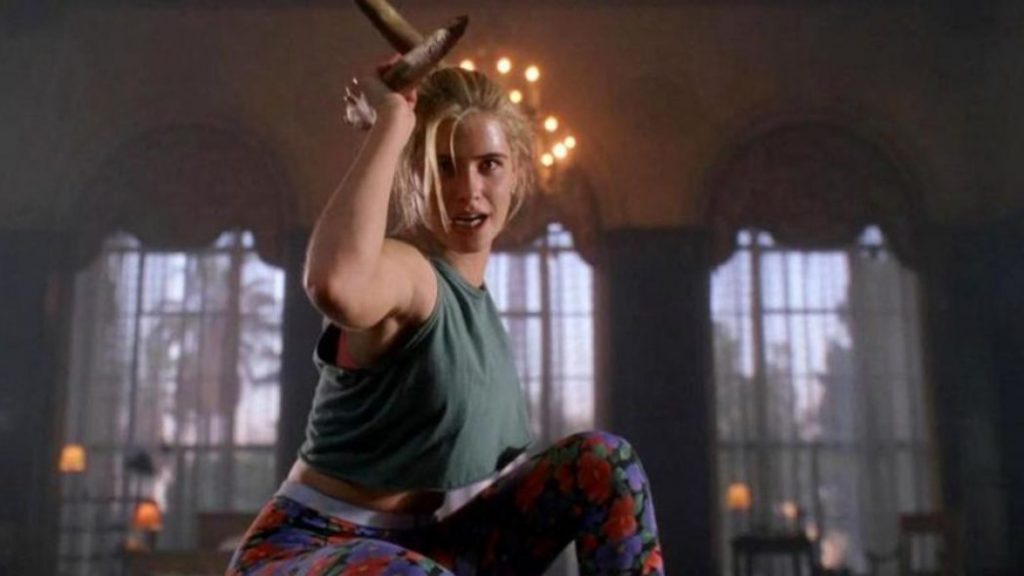