“Galvanism isn’t working. It needs nourishment.” “Blood?” “Yes, blood. Human blood.” “The blood of a young girl?” “That would do perfectly.”    Yup. That’s where they immediately went with no explanation, leaving your Grue Crew to wonder, “Why is it always the blood of a young girl?” Join this episode’s Grue Crew – Chad Hunt, Joseph Perry, Jeff Mohr, and guest host Mike Imboden – as they brave the film Peter Cushing considered to be the worst of his many films. The Blood Beast Terror (1968).

A Tigon British Films Production, The Blood Beast Terror is tells the story of a series of murders, the victims of which are mysteriously drained of blood. Inspector Quinnell (Peter Cushing) is on the case, with the help of the intrepid Sergeant Allan (Glynn Edwards), and soon crosses paths with Dr. Mallinger (Robert Flemyng) and his beautiful daughter Clare (Wanda Ventham). Mallinger, an entomologist, has discovered a way to transform humans back and forth between a giant death’s head moth and their human form. As Quinnell’s and Allan’s investigation progresses, the body count rises and the clues become more and more alarming. The cast is rounded out with a morgue attendant (Roy Hudd) providing comic relief, Mallinger’s manservant Granger (Kevin Stoney), and Inspector Quinnell’s daughter Meg (Vanessa Howard).

Your Grue Crew is unanimous in their opinion that the story has potential, but the film seems to be missing essential bits while at the same time, includes lengthy scenes with no apparent value. The Blood Beast Terror is directed by Vernon Sewell, known as a director of British B-movies, and written by Peter Bryan, who scripted such films as The Hound of the Baskervilles (1959), The Brides of Dracula (1960), and The Plague of the Zombies (1966). With those two filmmakers involved, it is difficult to see why the film feels so disjointed.

The saving grace of The Blood Beast Terror is Mr. Cushing’s acting and the film’s male and female versions of it’s monster. Jeff mentions that Mallinger’s manservant, Granger, looks more like a street thug than a butler and also wonders what’s up with the bird? According to Joseph, the entomological presentation Mallinger gives to his students is a spot on representation of a boring university lecture. Chad agrees that the low budget might have led to the missing chunks of the story. Even though the story seems to be missing pieces, Mike thinks the 88-minute run time feels much longer and points out the beginning of the film feels like three different movies, … and don’t forget the wiener dog.  The entire Grue Crew thinks this film is ripe for a remake.

We plan to release a new episode every other week. The next episode in our very flexible schedule is Night of the Demon (1957), aka Curse of the Demon, selected by a Gruesome Magazine Patreon poll and hosted by Jeff Mohr, with guest host Jerry Chandler. 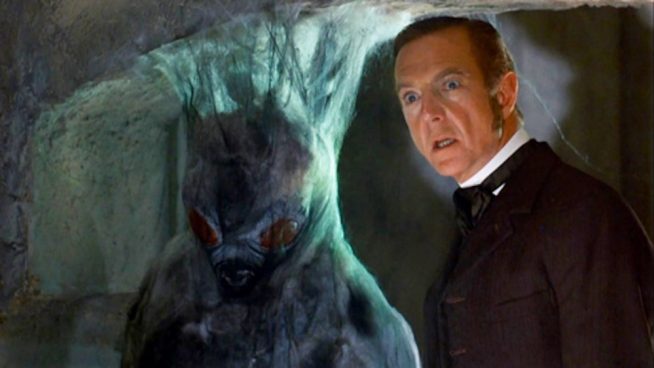 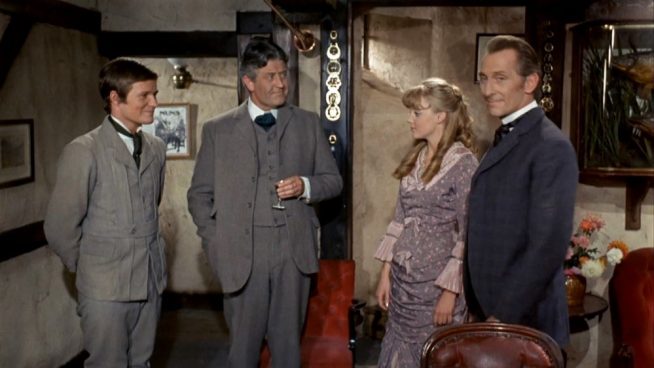 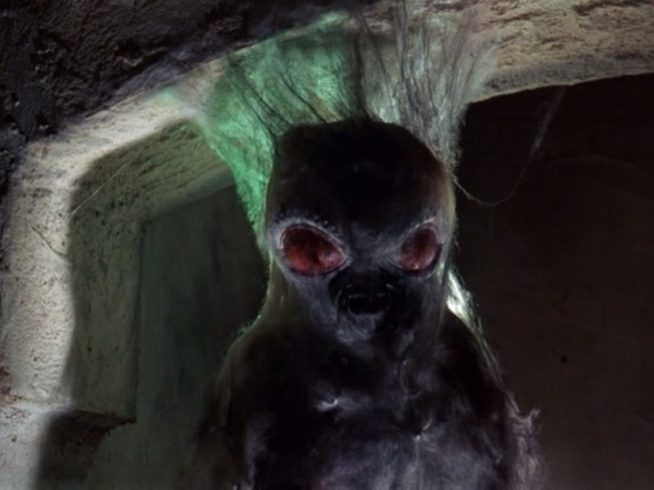 http://traffic.libsyn.com/docrotten/DoH-70s_Eps79_SummerofFear.mp3Podcast: Play in new window | Download (Duration: 55:26 — 25.7MB)Subscribe: RSS“Well, I can’t stand a thing about you, and that includes your hair!” How would you feel if your […]