“You, too, can feel the joy and happiness of hating.” Hmmm, words like joy and happiness used to describe hate? Sounds enticing, right? Join Chad Hunt, Whitney Collazo, and Jeff Mohr, along with guest host Bill Mulligan, as they celebrate the early product of Mario Bava’s genius known as Black Sunday (1960).

“Viy,” a short story by Russian writer Nikolai Gogol, provides a loose foundation for the film’s screenplay, written by Ennio De Concini and Mario Serandrei. Mario Bava is the director and cinematographer of Black Sunday and a beautifully shot film it is. Even though Black Sunday is Bava’s first official credit as the director of a feature film, he has dozens of credits as cinematographer as well as a few uncredited turns as director.

Released in the U.S. by American International Pictures, Black Sunday tells the story of a brother and sister burned at the stake as vampires. Or is it witches? Just before having spiked iron masks slammed home on their face with a gigantic mallet, they curse all future generations of the family. Flash forward 200 years when an incredibly inept doctor breaks the seals on Princess Asa’s crypt and then her coffin, initiates her resurrection by dripping blood on her (The Doctor That Dripped Blood?) so she can seek vengeance on the current incarnation of her family. Her plan includes raising her brother Igor from the dead and swapping bodies with her beautiful lookalike descendant, Katia. Barbara Steele is brilliant as Princess Asa/Katia and Arturo Dominici plays her evil accomplice, Igor. Other key players include Katia’s father (Ivo Garrani) and the two doctors (John Richardson and Andrea Checchi).

Whitney is impressed by Barbara Steele’s ability to play two such dichotomous roles: the consummately evil Asa and the innocent Katia. It is the spiked, iron masks and how they are pounded in place in the opening scene that leaves an impression on Chad. Bill, an avowed Bava fan, extols the virtues of the black and white cinematography, the set design, and the shot construction. Wholeheartedly agreeing with Bill, Jeff adds how impressed he is with the camera movement within those sets. You’re probably not surprised the Grue Crew thinks Black Sunday is a genuinely great film and is a sign of future promise Bava so expertly fulfilled.

We plan to release a new episode every other week. On the next episode in our very flexible schedule, we‘ll be covering the cult classic The Hideous Sun Demon (1958). 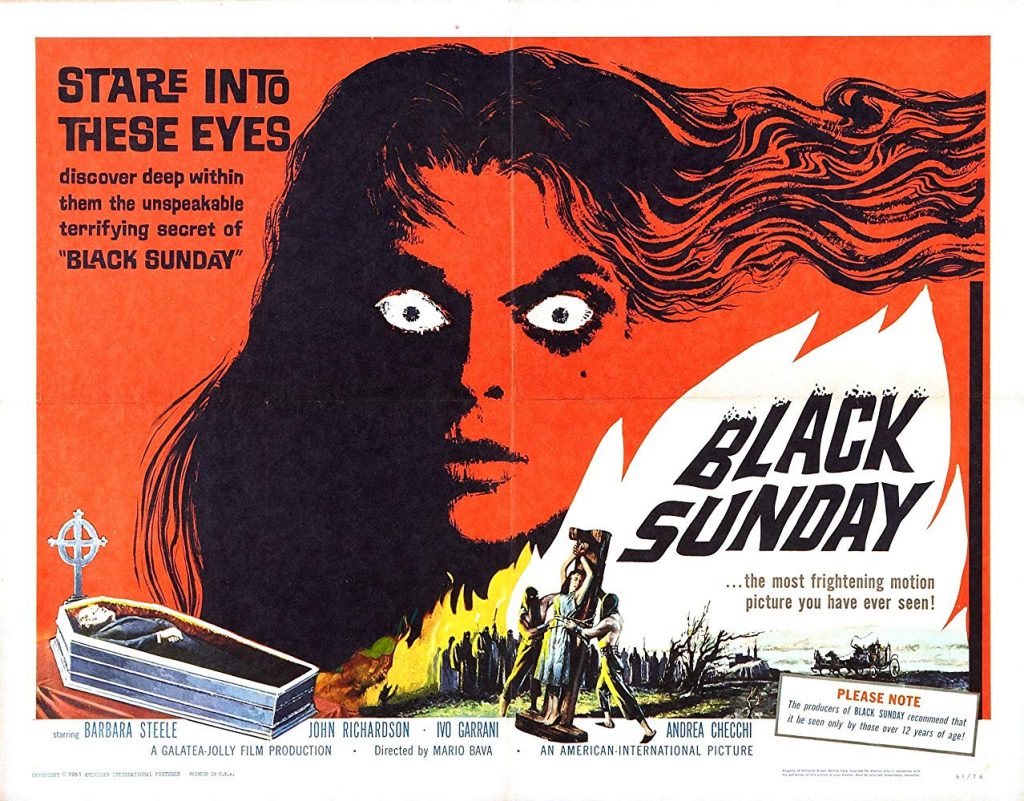