“I met this… six-year-old child with this blank, pale, emotionless face, and… the blackest eyes — the Devil’s eyes.” There’s absolutely no doubt you know who says that and who he is talking about. Join your faithful Grue Crew — Doc Rotten, Chad Hunt, Bill Mulligan, and Jeff Mohr — as they prepare for 2018’s neo-sequel by taking a nostalgic, but fear-filled trip back to Haddonfield and the first time he came back. Yup, it’s the big one. They’re talking  Halloween  (1978).

Whether or not you knew about  John Carpenter  before the release of  Halloween, you certainly knew about him after its release. There have been a total of 10 Halloween films, 9 of which include the fellow with the “blank, pale, emotionless face, and … the blackest eyes — the Devil’s eyes,” but the first one is by far the best.

Carpenter’s and  Debra Hill’s  script takes its time developing a place in time and space and with people that feel familiar and even comfortable, making the presence of The Shape all the more menacing. Establishing the characters and relationships of the three girls —  Jamie Lee Curtis,  P.J. Soles, and  Nancy Kyes  — adds to the familiarity and comfortableness of the world the filmmakers have created.  Donald Pleasence’s  performance as Dr. Loomis exponentially ramps up the feelings of dread and  Nick Castle’s  performance as The Shape reinforces the idea of the presence of pure evil. Combine the script and the acting with Carpenter’s direction, his landmark, chill-inducing score, and  Dean Cundey’s  cinematography, and  Halloween  becomes one of the top horror films of the 1970s.

Of course, the members of the Decades of Horror 1970s Grue Crew shout their praises for  Halloween. Chad is impressed by Jamie Lee Curtis’ portrayal of Laurie Strode as the somewhat shy, good hearted girl without a boyfriend who obviously isn’t very experienced at smoking pot, but is a formidable opponent for The Shape. Jeff points out the time the filmmakers take to create suspense and dread, for example, Laurie’s 90-second walk across the street to come to her girlfriends’ aid. Cundey’s and Carpenter’s shot construction and camera movement earn Bill’s admiration. For Doc, it’s also about the time taken for each kill, building tension to the breaking point.

Yes, the lot of them slobbered and drooled their appreciation and love all over  Halloween  throughout the podcast. What did you expect? Frankly, this classic deserves a few more viewings in preparation for its new sequel,  Halloween  (2018). 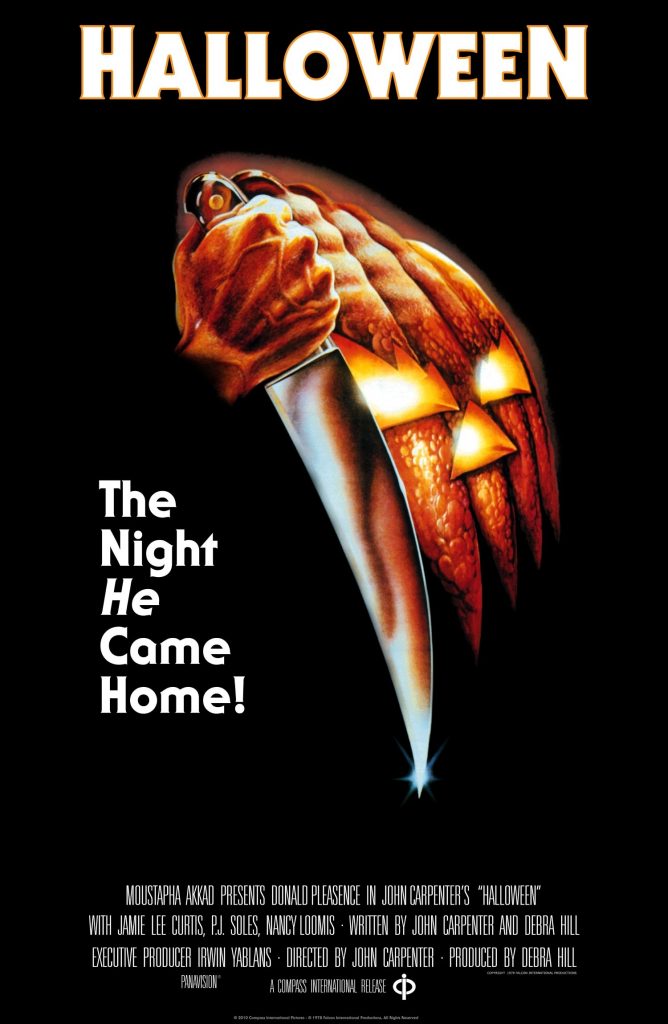 The Human Race  (2013) from director Paul Hough spins a combination of  Battle Royale  and  Saw  on its ears creating a terrifying tale that has Santos Ellin Jr. and Vixen […]